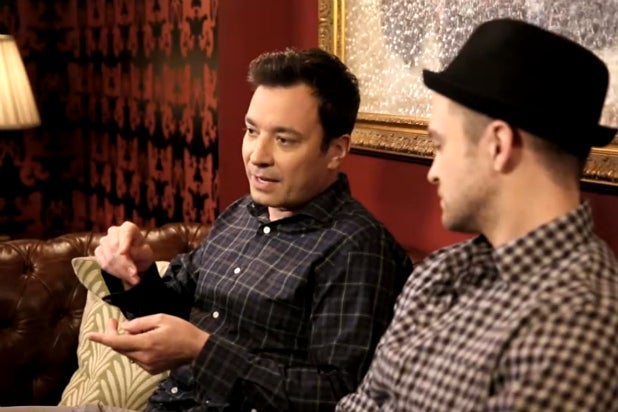 Best friends Jimmy Fallon and Justin Timberlake sure  hang out a lot. Like, a lot a lot.

The duo have yet another collaborative video, which aired on “Late Night” Tuesday. It’s called “#Hashtag,” and it shows what a Twitter conversation would be like in real life.

The skit has its hilarious moments (Fallon’s Ray Romano impression), its annoying ones (the repetition) and even a redeeming conclusion:

At the end, the Roots’ Questlove enters Timberlake’s dressing room with a simple message for the BFFs: “Hey guys, hashtag shut the f— up.”