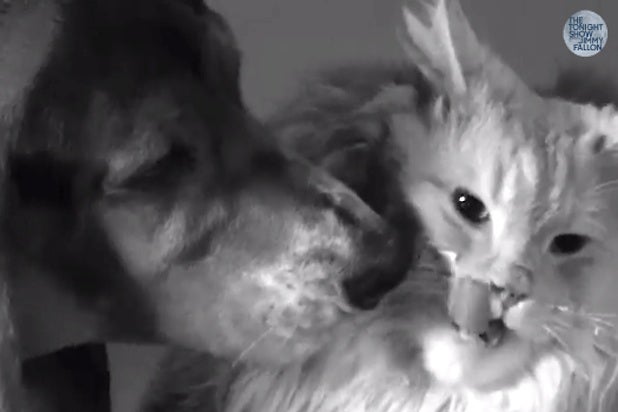 Jimmy Fallon proved once again that everything is made better with puppies and kittens.

On Thursday’s “Tonight Show,” Fallon parodied the viral “First Kiss” video sensation that featured 20 strangers kissing for the first time. The video was viewed more than 45 million times on YouTube and recently was revealed to be an ad campaign by the clothing company Wren.

“There’s been a bunch of parodies — we decided we’ll jump into the ring,” Fallon explained. “So we created one of our own — but we used puppies and kittens.”