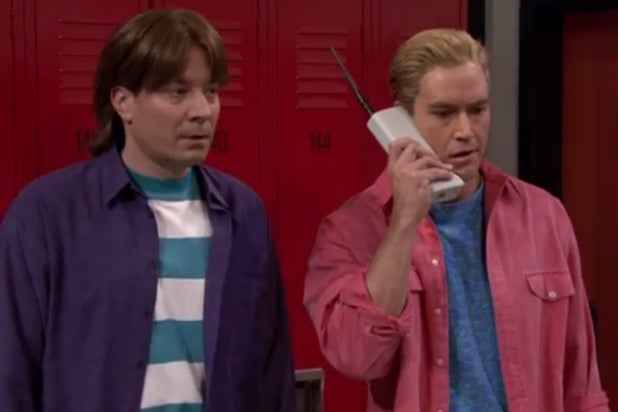 Perhaps “The Tonight Show” shouldn’t have come back to New York City after all.

Jimmy Fallon’s Los Angeles road trip is proving to be a real boon for the NBC late-night staple. From Monday-Wednesday, the show has topped its current-quarter ratings average on those weeknights by 27 percent in metered-market households.

Those evenings have seen an even gaudier 40 percent jump in the advertiser-sought 18-49 demographic, per Local People Meters.

According to that last metric, this week has seen the show’s best Monday-Wednesday average in 11 months. And those numbers don’t even count the special Sunday “Tonight Show” on the evening of NBC’s Super Bowl XLIX, when Kevin Hart and Will Ferrell joined the host for an epic lip sync battle.

Three nights into its week of west coast broadcasts, Fallon’s show is averaging a 3.3 rating/9 share in metered-market households, up from its average of a 2.6 on Mondays-Wednesdays for the first quarter thus far of 2015. In the key demo, according to Local People Meters, “Tonight” is bringing in a 1.4, up from a quarter-to-date 1.0 average.

Fallon will do one more “Tonight Show” from L.A. on Thursday, before packing it back up for New York.