Jimmy Kimmel made amends with a musical legend on Thursday’s episode of “Jimmy Kimmel Live”: Turns out he’s been pronouncing Beyoncé’s name for years.

“You know, last night, my wife — we put the kids to bed — my wife was looking at her phone, and she’s like, ‘Oh my God!’ Kimmel said. “And I thought something terrible had happened. Turns out, Beyoncé is releasing a new album. So it’s okay.” 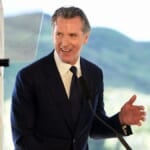 “This will be Beyonce’s first new album since 2016. And I feel like this is a good time to mention something that’s been bothering me,” Kimmel continued.

“Because, put her name up on the screen if you would” — at this point her name appeared onscreen — “And I want everybody to look at this together. The accent mark is at the end. It’s on the ‘e’,” Kimmel said. 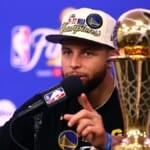 “And I just want to be-yon-say, to be-yon-say,” Kimmel joked, “that I am sor-ray for screwing up your name for twenty years. I mean you said, you told us ‘say my name, say my name,’ and we didn’t listen.”