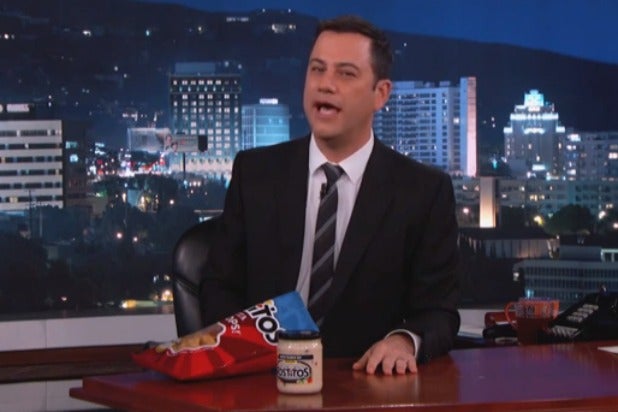 “Jimmy Kimmel Live” is going on a road trip: ABC’s late-night offering is heading to Austin, Texas, for a week of broadcasts from the South by Southwest Festival starting March 10.

The Austin edition of “Jimmy Kimmel Live” will be broadcast from the  Joe R. and Teresa Lozano Long Center for the Performing Arts. In addition to the usual celebrity guests and musical performers, the show will shoot comedy segments around Texas and the festival.

Though this will mark the show’s first jaunt since it moved to its 11:35 p.m. timeslot last year, “Jimmy Kimmel Live” has hit the road in the past, traveling to New York in November 2012 and broadcasting from Detroit in 2006, in the week leading up to Super Bowl XL.

“Austin is one of my favorite cities and there is no place more fun than SXSW,” Kimmel said of the upcoming jaunt. “I can’t wait for March 10th. I’ll be the guy covered in BBQ sauce.”

“It felt so perfect last year for the most interactive show in late night to do a week of shows at SXSW that we had to do it again,” Cohen said. “We love Austin and can’t wait to return. Texas Forever!”