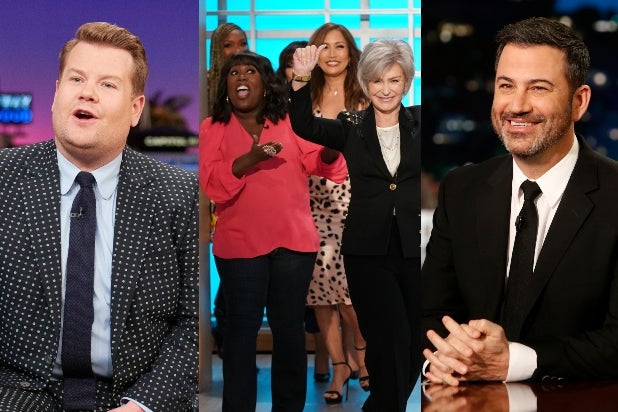 “Jimmy Kimmel Live!,” “The Talk” and “The Late Late Show with James Corden,” are the latest talk shows to ditch their live studio audiences over coronavirus fears.

Bee’s show was the first to go audience-less, having started with last night’s episode. Oliver and Cohen will lose their crowds on Sunday, and the rest will wait until Monday to implement the safety measure — with the exception of Desus Nice and The Kid Mero, who are on hiatus next week and will ditch their audience starting March 23.

An individual with knowledge of NBC’s “Saturday Night Live,” which doesn’t return with a new episode until March 28, told TheWrap that producers are monitoring the situation closely in partnership with NYC and health officials and that a decision will be made about how to proceed as “SNL” gets closer to going back into production.

“Conan,” another West Coast program, is currently in reruns and on a scheduled hiatus for the next two weeks.

Representatives for HBO’s “Real Time With Bill Maher,” also an L.A-based late-night series, did not immediately respond to TheWrap’s requests for comment.