After a second COVID-caused week off in less than a month, Jimmy Kimmel returned to “Jimmy Kimmel Live” on Monday, where he poked fun at how the media, and his friends and family, treated his second COVID case.

He also took a test to determine if he’s suffering from the condition popularly known as “COVID brain fog,” and of course failed miserably.

“I wasn’t very sick either time. Fortunately, I had two boosters. And whole bottle of Flintstones vitamins to help me. But it was a reality check. Once, I tested negative I was like, ‘Oh, I’m indestructible. I can do anything,'” Kimmel continued. “I went to an indoor restaurant. which is something I haven’t done in a long time. Not only was I not wearing a mask, I didn’t have a shirt on! I was just going crazy.” 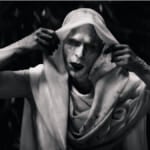 Then Kimmel noted one headline that erroneously said he has tested positive for HIV, joking “you’d think I would have heard about it the first time, you know. That’s the kind of thing the doctor calls about, right?”

Kimmel then noted how his kids greeted him when he returned home from isolating, and then he explained “a very important lesson” he learned during his second bout with COVID: “If you complain on television about not hearing from people when you got COVID the first time, the second time, you will hear from everyone in the world.  All wanting to know every detail of what happened, why it happened, how long it happened for.”

“And then at a certain point you realize, ‘oh, they’re not worried about me, they’re worried about them,’” Kimmel added. “This has nothing- very little to do with me at all.”

After thanking last week’s guest hosts, John Mulaney and Andy Samberg, then noting that his sidekicj Guillermo is out sick (not with COVID), Kimmel moved on to the test we mentioned above.

“This is our announcer Lou Wilson. He lurks in the shadow here like a raven,” Kimmel said as he set the bit up. “So, have you guys heard of Covid brain? Some people have trouble with their memory, and their sharpness, all that stuff you need to host a talk show basically. And I feel like I had it the first time I came back after COVID. I was interviewing Jessica Biel and the thoughts weren’t like coming out of my head at the speed they usually do.” 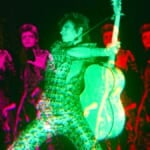 “So I thought Lou could give me, like this cognitive test that you looked up, right?” Kimmel continued. “Okay, so, to see if there’s any difference — because last night I had a weird thing. I couldn’t remember Pete Davidson’s name. And, you know, if you can’t keep up with the Kardashians, you can’t do this job. —  So Lou, go ahead. Ask me a few questions…”

We’ll just post the transcript of the Q&A verbatim:

LOU: What is your middle name?

LOU: What street did you grow up on?

KIMMEL: I grew up on…Cement. Asphalt. Just a regular street.

KIMMEL: It’s hammertime. That’s what time it is.

LOU: Ugh, very good. You got them all.

KIMMEL: Thank you very much. Don’t worry, I am running at 110 percent.