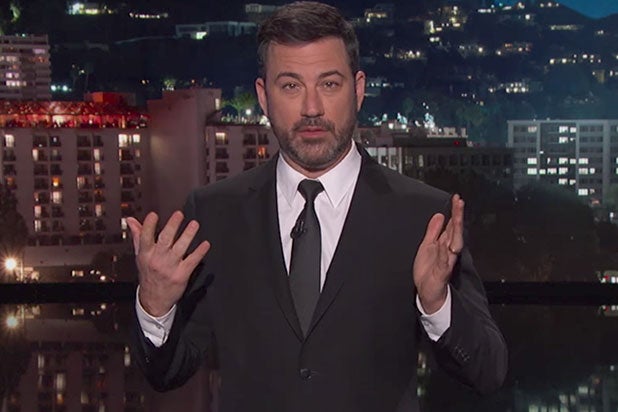 Jimmy Kimmel once again stirred the discussion about health care on Friday, while offering an update on his infant son’s condition.

Kimmel, who in May revealed that his newborn son William “Billy” Kimmel underwent open-heart surgery after being diagnosed with a heart disease that blocked his pulmonary artery, revealed that the child is “doing great.”

The late-night TV host also made a renewed plea for better health care in America.

“Billy is 3 months old & doing great. Thx for the love & support,” Kimmel wrote. “Please remind your Congresspeople that every kid deserves the care he got.”

While Kimmel’s message — and Billy’s smiling face — found plenty of supporters in the comments section of the tweet, the exchanges weren’t all warm and fuzzy.

“How about we remind them that _EVERYONE_ deserves that same care. Glad your kid is ok but I’ll die, too, without #Medicaid,” one commenter wrote. “Tired of hearing some groups are more ‘deserving’ than Disableds. You have _ZERO_ concept the challenges we face.”

In May, Kimmel told the audience of his ABC late-night show “Jimmy Kimmel Live” of his son’s health issues.

Billy is 3 months old & doing great. Thx for the love & support. Please remind your Congresspeople that every kid deserves the care he got pic.twitter.com/XcvvM6XFJ3

Kimmel closed out with a message about Donald Trump, saying: “President Trump last month proposed a $6 billion cut in funding to the National Institute of Health. Thank God our congressmen made a deal last night not to go along with that, they are actually increased funding by $2 billion, and I applaud them for doing that.

“If your baby is going to die, it shouldn’t matter how much money you make,” he said, before promising he was not going to cry for the rest of the show.

The issue has gained newfound currency in recent days, with Trump once again ramping up pressure to replace the Affordable Care Act put in place by his predecessor Barack Obama.