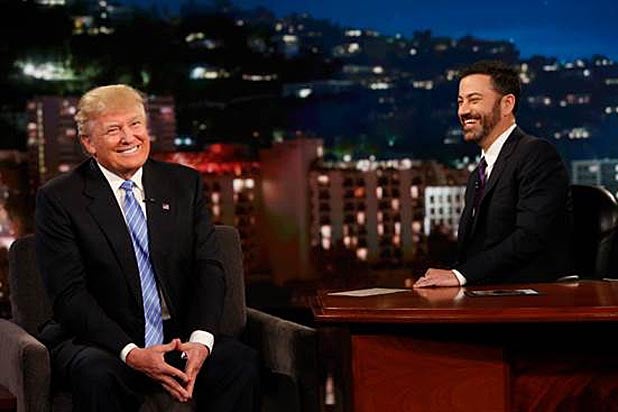 Jimmy Kimmel has declared Trump-Free Tuesday to be the theme tonight’s episode of “Jimmy Kimmel Live.”

Citing the non-stop coverage of the reality star-turned-President of the United States, the recent Oscar host will put a moratorium on discussing anything related to Donald Trump.

This despite the fact that his show will air on the night when most networks are breaking away from regular programming to cover the chief executive’s first State of the Union address to Congress.

Instead, Kimmel will welcome Chris Pratt, who will introduce a new trailer for “Guardians of the Galaxy Vol. 2,” as well as “Feud” star Catherine Zeta-Jones, NBA player James Harden and musical guest Hank “The Hawk” Knutley.

On Monday night, Kimmel used his monologue to address the Best Picture mix-up when he hosted the Oscars Sunday night. He recapped how it all went down and reassured his late-night audience that it was not a prank, saying if it had been, there would have been a Bed Bath & Beyond coupon inside the envelope.