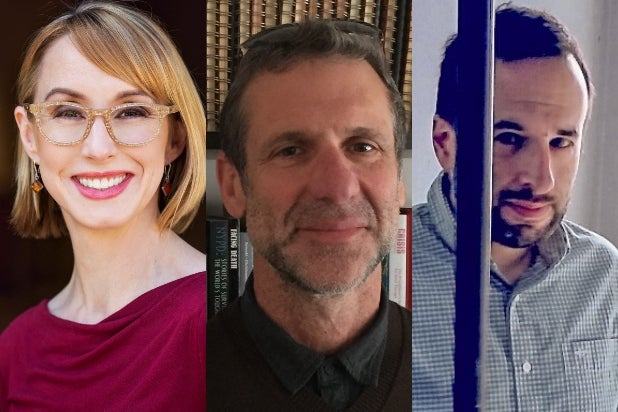 HBO has set not one, but three showrunners for J.J. Abrams’ upcoming sci-fi drama series “Demimonde.”

Kira Snyder (“The Handmaid’s Tale”) and producing partners Rand Ravich and Far Shariat (“Life”) are all acting as co-showrunners and executive producers on the project, which follows a family searching for their missing child.

All three are under over-all deals with the network. Synder just signed one while Ravich and Shariat are extending their existing one.

Channel 4’s “Jerusalem” creator Bash Doran was previously set at showrunner and executive producer back in June of 2018, but exited the project last year.

Snyder is an executive producer on Hulu’s “Handmaid’s Tale.” She previously worked on The CW’s “The 100,” and has written plots for LucasFilm, Amazon and FX. She co-wrote the feature film “Pacific Rim 2.”

Ravich and Shariat were most recently developing a “Game of Thrones” spinoff still in contention at HBO. They are also adapting the “Freaks Amour.” Ravich created NBC’s “Life” and Fox’s “Second Chance.” Together, they produced George Clooney’s “Confessions of a Dangerous Mind” and “The Astronaut’s Wife.”

“Demimonde” is produced by Bad Robot Productions in association with Warner Bros. Television and HBO.