It was a sharp and surprising setback to Jennifer Lopez.

A Los Angeles judge Friday morning rejected the singer’s attempt to move an ongoing legal feud stemming from a never-made mockumentary scripted by Lopez’s former husband out of the courts and into private arbitration. (And out of public scrutiny.) 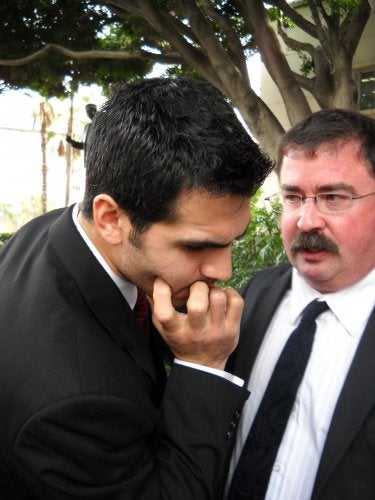 That agreement contained clauses effectively barring Noa from marketing tell-all accounts of their marriage. It also mandated outside arbitration in the case of subsequent disagreements between the two.

“We’re one step closer to putting her on the witness stand,” beamed Meyer after Friday’s civil-court hearing. Lavely declined to speak to reporters.

The hearing was another act in an increasingly noisy and complicated legal war.

Lopez and Noa were were married 11 months in 1997, and he later worked for her in Lopez’s Madre’s restaurant. She previously succeeded in getting a restraining order to prevent him and Meyer from making a mockumentary about the relationship and from releasing 11 hours of home video of the couple’s life together.

Meyer, however, says he has reconfigured the movie to what he believes will satisfy the injunction against making the first version. He has been pressing ahead to force Lopez into court.

He and Noa plan to file cross-complaints that will allow them to seek permission to make the film and to reopen the terms of the divorce settlement.

Once in court, Meyer promised TheWrap, Lopez will be grilled about her finances as they pertain to the settlement. Meyer said he also wants Lopez asked about her sexual orientation.

“Her fans want to know if she a lesbian or bisexual,” Meyer said.

When asked why, Meyer  replied, somewhat enigmatically, that her answers would settle the question of who 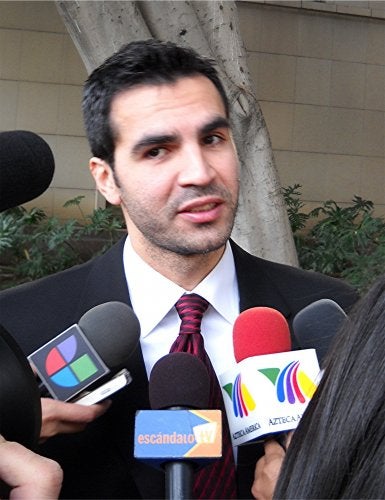 “told her” the 11 hours of home video contained sex scenes – a contention disputed by Noa and that was used, Meyer said, to keep Noa and Meyer from marketing the videos.

Friday morning went south quickly for Lavely, co-founder of the powerhouse Century City firm Lavely & Singer. Judge Fahey, with his steel-toned hair and no-nonsense demeanor, looked every bit the part of a stern TV judge – and acted like one.

He immediately announced what neither side knew in advance — that he was tentatively denying Lavely’s motions because Lopez’s name doesn’t appear in the heavily redacted settlement agreement Lavely had submitted with his motion.

The more Lavely offered to present the unredacted version, which he said explicitly names Lopez as a third-party beneficiary to the agreement, the clearer it became that Fahey’s tentative decision would soon become a final ruling.

“I don’t intend to spend the morning pawing through documents you haven’t provided,” Fahey said in one of his many curt remarks to Lavely.

Fahey essentially told Lavely that Lopez’s lawyer had made a tactical decision to first fight Noa and Meyer in Superior Court, but now “wanted it both ways” by moving that fight to a non-juried arbitration setting.

“At some point you’re stuck with your decision,” Fahey said.

The judge was far more hospitable to Noa and Meyer, counseling both men, who currently are without attorneys, to lawyer up soon, because “you’ve both got a good law firm up against you.”

Fahey set March 4 for case-management hearing, at which, Meyer said, a trial date may be set.