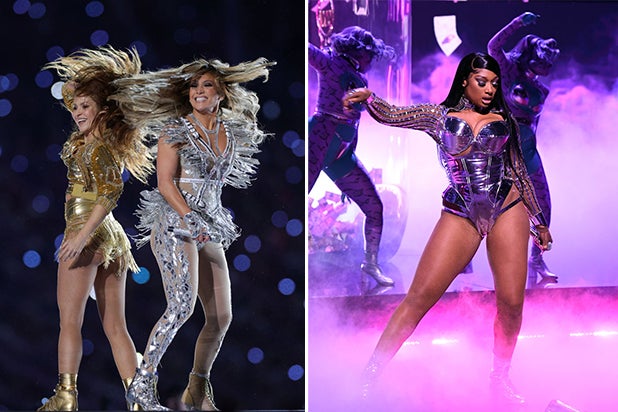 According to WFAA in Dallas, which received the complaints through an open records request with the FCC, while the lyrics were censored, it was the on-stage antics of the superstar rappers that drew the ire of some viewers.

A viewer in Idaho wrote, “The outfits they were wearing and the movements they did were absolutely disgusting.” Another in Colorado said the women performed “as if they were dancing in a strip club.”

Someone in Texas compared the performance to another topic in the news, writing, “The media has a problem with Dr. Seuss, yet allows Cardi B to sing about her [WAP] on national television.”

The initial social media reactions to the performance were mixed, and on Monday, Fox News’ Larry Elder compared Megan Thee Stallion and Cardi B’s song and dance to a “strip club.” If it’s any consolatiom, it doesn’t appear that many people watched the Grammys.

The 80 complaints received over the Cardi B. and Megan Thee Stallion performance may seem like a lot, but it pales in comparison to the 1,300 the FCC received during last year’s Super Bowl LIV halftime performance by Jennifer Lopez and Shakira.

The FCC, or Federal Communications Commission, is tasked with making sure the broadcast airwaves are free of “obscene” programming. The FCC defines this as “material that, in context, depicts or describes sexual or excretory organs or activities in terms patently offensive as measured by contemporary community standards for the broadcast medium.”