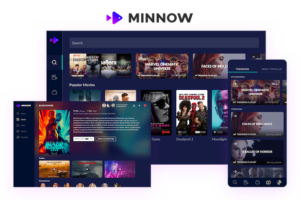 Too Many Streamers, Too Many Shows: How Minnow App Hopes to Solve the Discoverability Problem

”It’s kind of a blessing and a curse,“ the Norwegian filmmaker says of directing sequels

When Joachim Rønning stepped in to direct “Maleficent: Mistress of Evil,” the sequel to Angelina Jolie’s “Maleficent,” he quickly learned that the story of Aurora and her godmother was one close to the actress’ heart.

“She’s very hands-on as a producer, as the star of the film, the keeper of the film and she’s Maleficent!” Rønning told TheWrap’s Beatrice Verhoeven, noting that the Oscar winner was “relentless” in her dedication to the project. “We worked very hard for months and months on the script with the writers and [on] the angel of her horns, the shape of her wings — the color of her lips is hours and hours of work! I never thought I’d know that much about red lipstick!”

He added: “That’s why she’s so good — she’s so hard-working. It brings out the best and the worst in you at times but you grab on and you’re on for the ride. She’s a great force.”

Rønning also discussed taking over the franchise from Robert Stromberg, who directed the first film. “What really grabbed me watching the first ‘Maleficent’ was the emotional core of it and it surprised me, and I think it surprised the audience as well, and I think that’s the big part of its success,” Rønning added. “That relationship between Aurora and Maleficent is what I was very interested in exploring in the next chapter.”

Rønning is no stranger to directing sequels to films previously helmed by other filmmakers. In 2017, he co-directed “Pirates of the Caribbean: Dead Men Tell No Tales,” the fifth film in the franchise, while Gore Verbinski and Rob Marshall were in charge of the installments that came before it.

“It’s not like I love sequels, that’s not why I’m doing it,” Rønning explained. “But it’s kind of a blessing and a curse. You want to make something original, of course, as a filmmaker, you want to take it to the next level and expand the universe but at the same time, you have a great opportunity to pick the things you love and that the fans love, so I don’t mind it!”