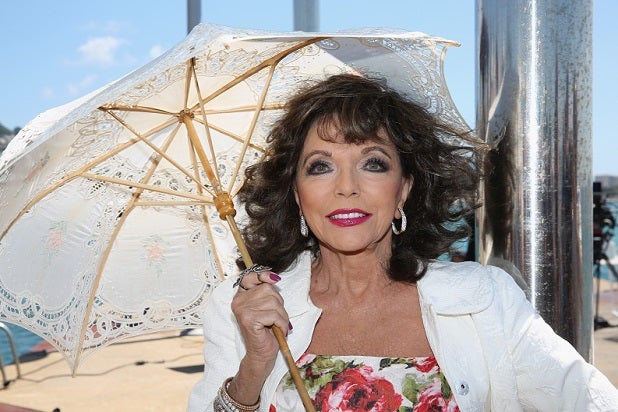 E!’s upcoming drama “The Royals” has booked the queen of nighttime soaps.

The show — E!’s first scripted drama — has booked “Dynasty” star Joan Collins for a guest-starring role, a spokesman for the network told TheWrap on Friday.

“The Royals,” which is set to premiere next year and hails from “One Tree Hill” team Mark Schwahn, Brian Robbins and Joe Davola, will star Elizabeth Hurley as Queen Helena in a story of a modern-day British royal family.

Collins, 81, will play Helena’s mother, the Grand Duchess of Oxford, who’s allegedly the only woman in the world more formidable and imposing than Helena, and comes onto the scene with an entourage and an agenda.

But then, doesn’t Collins typically come onto every scene with an agenda?