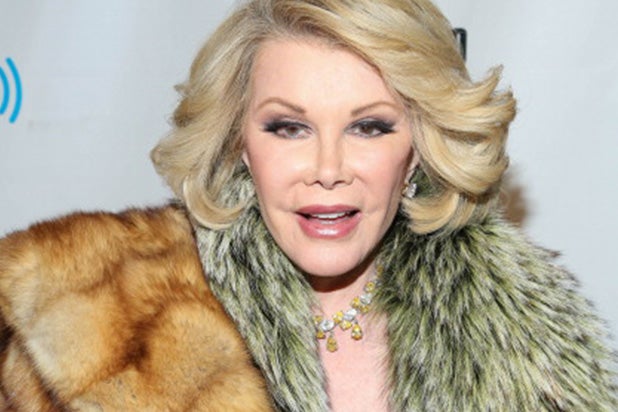 Melissa Rivers has released an update on the status of her mother, legendary comedian Joan Rivers. In a statement issued to “NBC Nightly News” on Thursday evening and posted on Twitter, Melissa said her mother “is resting comfortably and is with our family.”

JUST IN: Statement from Melissa Rivers on her mother, Joan: “She is resting comfortably and is with our family.” pic.twitter.com/HIpKEXrp3A

Rivers was rushed to Mt. Sinai Hospital in New York City earlier in the day, after she stopped breathing during vocal cord surgery. The 81-year-old comedian and star of E!’s “Fashion Police” was transported to the hospital from her doctor’s office, where the procedure was taking place.

“Her family wants to thank everybody for their outpouring of love and support,” Sid Dinsay, spokesman for Mt. Sinai Hospital, told TheWrap. “We will provide an update on her condition as it becomes available.”

Melissa Rivers costars with her mother on the WEtv reality series “Joan & Melissa: Joan Knows Best?” Melissa, who is also an executive producer on “Fashion Police,” flew to New York Thursday to be by her mother’s side.