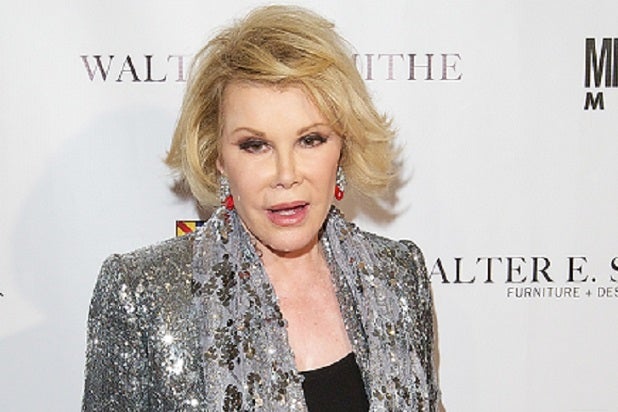 Melissa Rivers, the daughter of deceased comedian Joan Rivers, has filed a lawsuit against Yorkville Endoscopy, the New York clinic where her mother stopped breathing while undergoing a medical procedure, the Associated Press reports.

The elder Rivers died in September after undergoing a throat procedure at the clinic. The medical examiner later determined that she had stopped breathing during the procedure and suffered fatal brain damage resulting from a lack of oxygen. She was 81.

“OCME has completed its investigation. The cause of Ms. Rivers’ death is anoxic encephalopathy due to hypoxic arrest during laryngoscopy and upper gastrointestinal endoscopy with propofol sedation for evaluation of voice changes and gastroesophageal reflux disease. The manner of death is therapeutic complication,” the office said in a statement in October. “The classification of a death as a therapeutic complication means that the death resulted from a predictable complication of medical therapy.”

TMZ reports that the lawsuit alleges gross medical malpractice, claiming that doctors failed to perform a tracheotomy as they attempted to resuscitate her.

Yorkville Endoscopy did not immediately respond to TheWrap’s request for comment.

According to the New York Daily News, Jeffrey Bloom, a Rivers family attorney, accused doctors at the clinic of behaving unprofessionally.

“Had doctors acted as physicians for Joan Rivers instead of groupies, Joan Rivers would have been doing ‘Fashion Police’ last week,” Bloom was quoted by the Daily News on Monday.