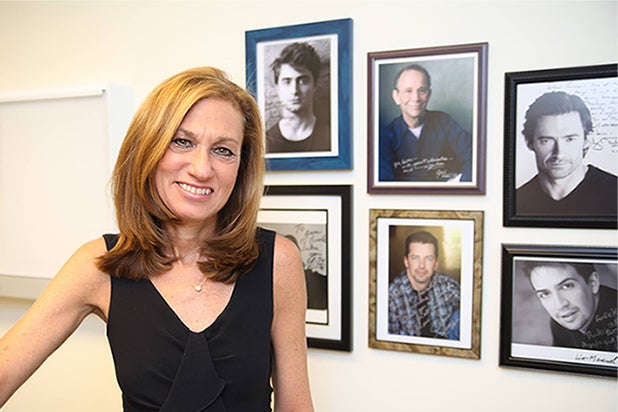 The ear, nose, and throat specialist who performed a procedure on late comedienne Joan Rivers has been revealed as her personal physician, Dr. Gwen Korovin, according to reports.

Pictures posted on Korovin’s Facebook show the New York-based specialist has a slew of celebrity clientele, including Hugh Jackman and Daniel Radcliffe.  She’s known as Broadway’s go-to throat specialist helping such stars as Patti Lupone with their singing voices.

According to TMZ, Korovin isn’t authorized to practice medicine at the Yorkville Endoscopy center, where Rivers went Aug. 28 to undergo a scheduled endoscopy by gastroenterologist and the clinic’s medical director Dr. Lawrence Cohen. After that procedure, CNN reports Rivers also underwent an unauthorized vocal cord biopsy performed by her personal doctor.

Korovin’s office said in a statement, “We do not comment on matters related to patients.”

On Sept. 5, the New York Medical Examiner’s Office told TheWrap that the autopsy on Rivers’ body did not determine the cause or manner of death, and that further studies would be conducted to determine exactly how she died.

Rivers was immediately rushed to a nearby hospital, but did not recover. She was placed in a medically-induced coma and had been on life support when she died on Sept. 4.

A spokesperson for Yorkville Endoscopy told TheWrap that as per HIPAA laws it does not disclose the names of their patients or their doctors. Reps for Rivers’ family have not yet responded to requests for comment.