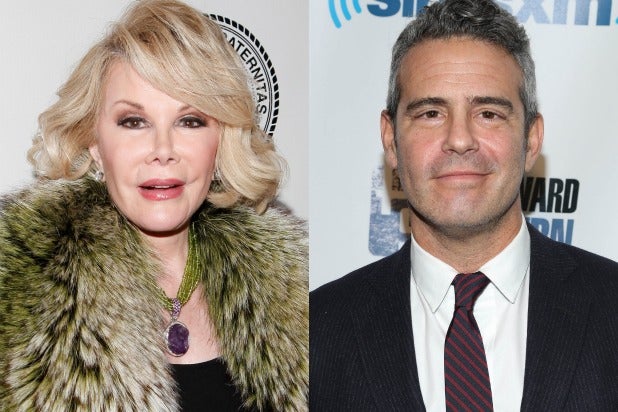 Joan Rivers had a new television series in the works at the time of her death, according to Andy Cohen, who says he was developing the show with the comedienne. Cohen told Howard Stern on Tuesday that the program would have been an arbitration reality series with Rivers ruling over the court.

“I was developing a show for her that we were out pitching to networks this summer,” Cohen said. “The show was called, ‘What’s Your Problem?’ It was Joan in a Judge Judy type role.”

“She would have been great at that,” Stern said. “That’s a great venue.”

81-year-old Rivers had been serving as the host “Fashion Police” on E! since the show debuted in 2010. Producers of the series have stated they plan to continue the show without Rivers at the helm.

“She loved it and we were pitching it out and then…we know what happened” Cohen said of his and Rivers’ project. “It was just so tragic.”

Rivers died following a routine throat procedure in which she stopped breathing. She was put into a medically induced coma and died one week later.

Listen to Andy Cohen‘s interview on “The Howard Stern Show” below.