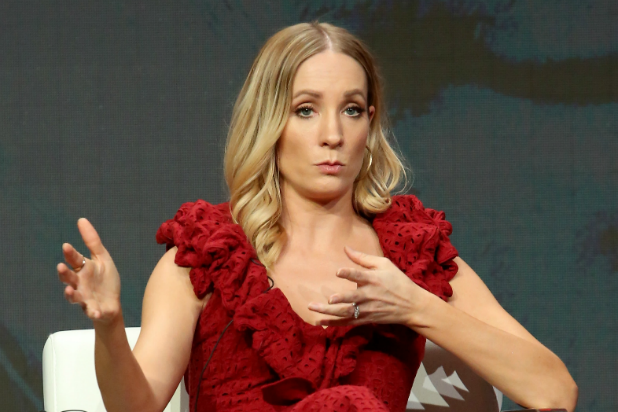 “Downton Abbey” fans hoping for that long-rumored film might be disappointed.

Joanne Froggatt, who played Anna on the hit PBS period drama, was at the Television Critics Association press tour on Saturday promoting her new show “Liar,” which is premiering on SundanceTV in September. When asked if she had any updates on the “Downton Abbey” film that has been rumored about since the show went off the air after its sixth season in 2015, she didn’t have much to share with fans.

“Selfishly, it would be great to get together for 10 weeks and have a little reunion, but in all honesty, I have no idea,” she told reporters. “I absolutely have no idea. There’s been talk, there’s been conversations, but nothing has happened. We’re all sort of leaving it up to the gods. We have no information.”

Her non-update is in contrast to comments made by NBCUniversal International Studios president Michael Edelstein, who said back in June that a film has been in the works for some time and could start production in 2018.

He said that one of the biggest challenges has been trying to figure out how to get the cast together.

“We are working on getting the script right and then we’ve got to figure out how to get the [cast] together. Because as you know, people go on and do other things. But we’re hopeful to make a movie sometime next year,” Edelstein said.

A person close to the production affirmed Edelstein’s statements and said the film was in development.

Other actors have also admitted to being in the dark about the possible film.

“We have no idea if that’s happening,” said Sophie McShera, who played assistant cook Daisy Mason. “But we would all love to be part of the film if it was to happen, for sure.”

But “Downton” fans won’t miss Froggatt for long, since she’ll be on “Liar” with Ioan Gruffudd.

“We had a fabulous time on ‘Downton’ and we’re very lucky to be a part of something that’s so beloved by people it’ll always have a special place on my heart, but all good things must come to an end,” she added.