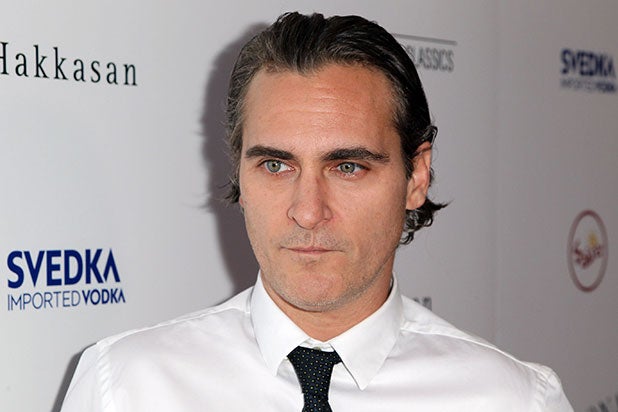 “Joker” director Todd Phillips has released another first look at Joaquin Phoenix from the DC film, this time showing fans the true face of the Clown Prince of Crime.

“Work,” Phillips captioned the image on Instagram, which shows Phoenix in a full-fledged clown costume, including the big shoes, yellow frizzy hair and a small top hat.

“Joker” has been described as a character study and a “cautionary tale,” depicting how Phoenix’s Arthur — as he is named in this supervillain origin tale — is so beaten and neglected by the brutal world of Gotham City that his mind breaks, transforming him into Batman’s most infamous nemesis.

The plot for the film is being kept under wraps, but it’s a safe bet that audiences can expect a dark tone. TheWrap previously reported that the origin story for the Joker will be more of a mid-budget crime thriller than a superhero blockbuster.

“Joker” will also star Brett Cullen as Batman’s father Thomas Wayne, as well as “Deadpool 2” Zazie Beetz, who will play a single mother who catches the attention of the Joker prior to his transformation into the nihilistic Gotham City villain.

See the new image below.