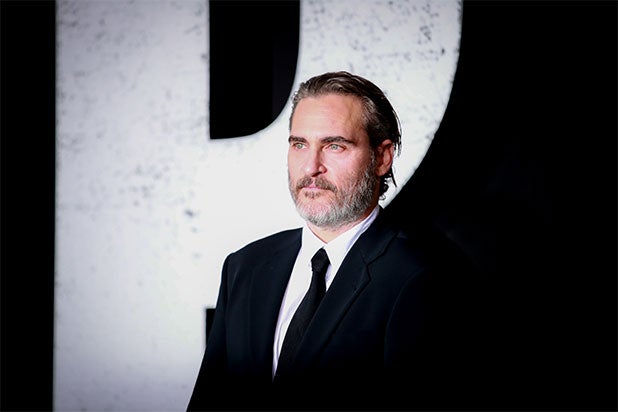 Joaquin Phoenix will receive the Chairman’s Award for his performance in “Joker” at the 31st annual Palm Springs International Film Festival (PSIFF), it was announced on Thursday.

The award will be presented to him by “Joker” director Todd Phillips and the event will take place on Jan. 2. The Palm Springs International Film Festival will run from Jan. 2 to Jan. 13.

“Joaquin Phoenix mesmerizes audiences in ‘Joker’ with a performance that elicits empathy and reminds society on the whole that we can be better,” Festival chairman Harold Matzner said in a statement. “For this performance, another in his arsenal of unforgettable characters, we are honored to present Joaquin Phoenix with this year’s Chairman’s Award.”

Past recipients of the award include Regina King, Amy Adams, Jessica Chastain, George Clooney, Richard Gere, Tom Hanks, Nicole Kidman and Reese Witherspoon. It was previously announced that Renée Zellweger will receive the Desert Palm Achievement Award at the festival.

Phoenix is a three-time Academy Award-nominated actor, who received his first nod for his work in “Gladiator,” which was awarded Best Picture in 2000. He was also nominated for his portraying Johnny Cash in “Walk the Line” and his role in Paul Thomas Anderson’s “The Master.” Most recently, Phoenix was awarded Best Actor at the 2017 Cannes Film Festival for his role in “You Were Never Really Here.” He also recently starred in Gus Van Sant’s “Don’t Worry, He Won’t Get Far on Foot.”

His other credits include “Her,” “Inherent Vice,” “Irrational Man,” “Hotel Rwanda,” “We Own the Night,” “The Immigrant” and “Parenthood.”