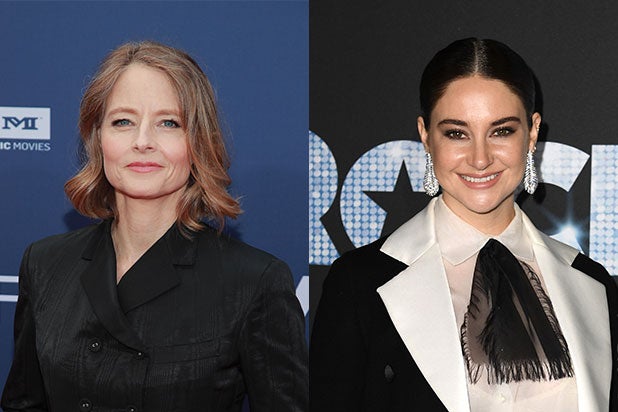 Jodie Foster, Shailene Woodley and Tahar Rahim are joining Benedict Cumberbatch in “Prisoner 760,” which is directed by Kevin Macdonald.

STX International will launch at AFM. The film tells the story of Mohamedou Ould Slahi (Rahim) who is captured by the U.S. government and is in prison for years without a charge or a trial. Slahi finds allies in defense attorney Nancy Hollander (Foster) and her associate Teri Duncan (Woodley). Cumberbatch plays military prosecutor Lt. Stuart Couch.

The film is based on Slahi’s New York Times best-selling memoir, “Guantanamo Diary.” Principal photography will begin in South Africa on Dec. 2.

Michael Bronner wrote the screenplay, and Rory Haines and Sohrab Noshirvani made revisions.

Cumberbatch is producing with Adam Ackland and Leah Clarke for their company SunnyMarch, alongside Lloyd Levin and Beatriz Levin for Black Sheep Pictures. Mark Holder and Christine Holder are also produced for their newly formed banner Wonder Street, alongside Branwen Prestwood-Smith. Bronner also is a producer.

STX International will distribute in the UK and Ireland. UTA Independent Film Group negotiated the deal on behalf of the filmmakers and are representing the U.S. sale with 30West.

Foster is a two-time Academy Award, Golden Globe and BAFTA winner and is best known for her roles in “The Silence of the Lambs” and “Contact.” Rahim was nominated for a BAFTA in Jacques Audiard’s “A Prophet.” Woodley was most recently seen in “Big Little Lies” and the TIFF film “Endings, Beginnings.”