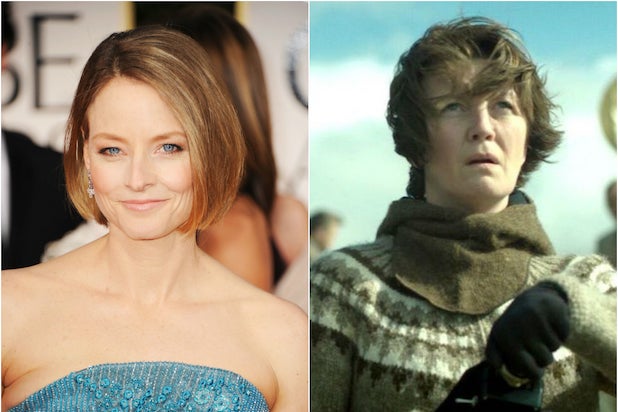 Jodie Foster is set to star in, co-produce and direct an English-language remake of “Woman at War,” an individual with knowledge of the project told TheWrap.

“Woman at War” is an Icelandic thriller directed by Benedikt Erlingsson that is the country’s official submission to the upcoming Academy Awards.

Foster will reinterpret the role of Halla (originally played by Halldóra Geirharðsdóttir), a lone eco-terrorist working to disrupt a corporation that’s harming the environment. But she soon becomes torn toward the dedication to her cause when she’s presented with an opportunity to adopt a child from Ukraine after a multi-year delay in her application, causing her to choose between motherhood and her beliefs.

And as in the original film, Foster will also play two roles, both the part of Halla and her identical twin sister. In the Icelandic “Woman at War,” Geirharðsdóttir also plays Asa, who together with her sister also applied to adopt a child, but is oblivious to Halla’s activism and is even critical of her actions.

Foster will, however, relocate the movie from Iceland to the American West. Foster’s Egg Pictures will produce alongside Slot Machine, which produced the original “Woman at War.” No timetable has yet been set.

This is Foster’s fifth directorial effort and will be her follow-up to 2016’s “Money Monster,” which starred George Clooney and Julia Roberts. She also directed a 2017 episode of “Black Mirror” and starred in this year’s “Hotel Artemis.”

“Woman at War” debuted at this year’s Cannes Film Festival in May and was a nominee for the Critics Week Grand Prize. It will be distributed by Magnolia for a release on March 1, 2019 in New York and LA, and it was Iceland’s official submission in this year’s Oscars Foreign Language Film race.