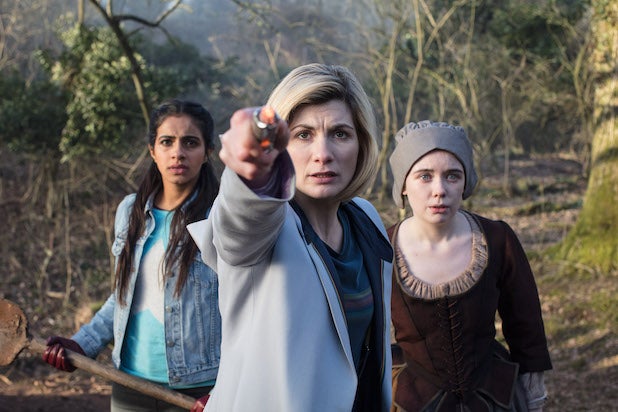 When Jodie Whittaker regenerated into “Doctor Who’s” 13th Time Lord, she brought a surge in Nielsen ratings for the 55-year television franchise with her.

Heading into its Season 11 finale this Sunday, the BBC America drama has seen a significant rise in total viewers, the advertiser-coveted adults 18-49 demographic and the 25-54 age range for Whittaker’s first season over the 2017 installment (which was the final year for the series’ 12th Doctor, Peter Capaldi), according to “Live + Same Day” data from Nielsen.

“Doctor Who’s” eleventh season has also cracked the Top 15 cable drama list in the women 18-34 demo, with the viewership in that group doubling since Capaldi’s farewell installment.

The BBC drama is averaging 1.6 million viewers per episode (through the first eight episodes of the current season), which is a 20 percent rise over the last Doc (1.3 million viewers) when counting a week’s worth of delayed viewing data from Nielsen.

These numbers also put Whittaker’s first season ahead of that of previous Doctors Matt Smith, David Tennant and Christopher Eccleston.

The “Doctor Who” Season 11 finale airs Sunday at 8/7c on BBC America.