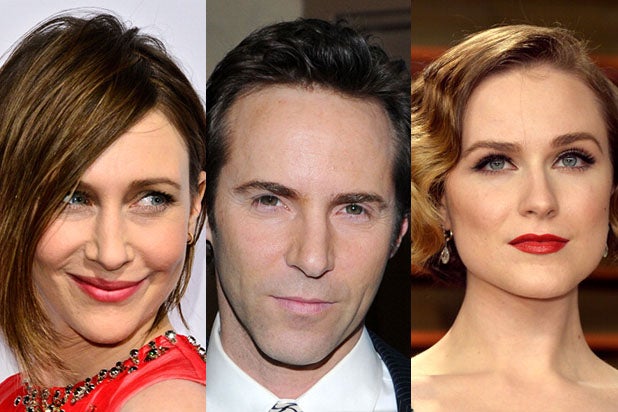 Based on the bestselling book of the same name by former New York Times reporter Julie Salamon, “Facing the Wind” tells the true story of Bob Rowe (Nivola, “American Hustle”), a model husband and father whose profound psychic unraveling leads him to commit an unimaginable act of violence against those he holds dearest, and his subsequent search for redemption.

Oscar-nominated actress Farmiga (“Up in the Air”) is attached to play Rowe’s first wife Mary, whom he kills, while two-time Golden Globe nominee Wood (“The Wrestler”) will play his second wife, with whom he starts a new life after avoiding a prison sentence by pleading the insanity defense at trial. Wilson (“It’s Complicated”) and Beals (“The Book of Eli”) have agreed to play key supporting roles.

Rowe’s trial for killing his entire family represented one of the first successful uses of the insanity defense in the state of New York, and this historic 1978 legal case has never been explored in a film before.

Richard Stratton (“Slam”) wrote the script, which structures the story of the killings around the present-tense interrogation of Bob Rowe’s widow Colleen (Wood), as the murders are depicted via flashbacks. This approach shifts the dramatic focus from being a voyeuristic examination of a crime to the emotional and psychological journey of Rowe’s second wife, which allows him an opportunity for redemption.

In addition to directing, Berlinger will produce the film along with Elizabeth Fowler, who produced the upcoming West Memphis 3 feature “Devil’s Knot,” which co-stars Nivola. Berlinger, of course, co-directed the West Memphis 3 documentary “Paradise Lost” and its two sequels with Bruce Sinofsky.

“My documentary work is known for transcending sensational subjects to tell compelling human dramas that raise many complex questions about human relationships and behavior. I am so honored to collaborate with this exciting cast who will excel at creating a multi-layered feature film that tackles age-old questions of guilt and redemption, retribution and forgiveness in a fresh and dramatically compelling manner,” said Berlinger.

“Facing the Wind” is budgeted at $5 million and is scheduled to start shooting later this year in and around New York City. Foreign sales agent Fabrication Films will begin shopping the project to international buyers at Cannes.

Six of Berlinger’s documentary features have premiered at the Sundance Film Festival, including “Brother’s Keeper” and this year’s searing FBI exposé “WHITEY: United States of America v. James J. Bulger,” which will be released in June by Magnolia Pictures.

A two-time Emmy and Peabody Award winner, Berlinger also received multiple awards from the Directors Guild of America, the National Board of Review and the Independent Spirit Awards for such films as “Metallica: Some Kind of Monster,” “Crude” and “Under African Skies.” His new eight-part television series “The System with Joe Berlinger,” about systemic problems within the criminal justice system, debuts May 18 on the new Al Jazeera America network.