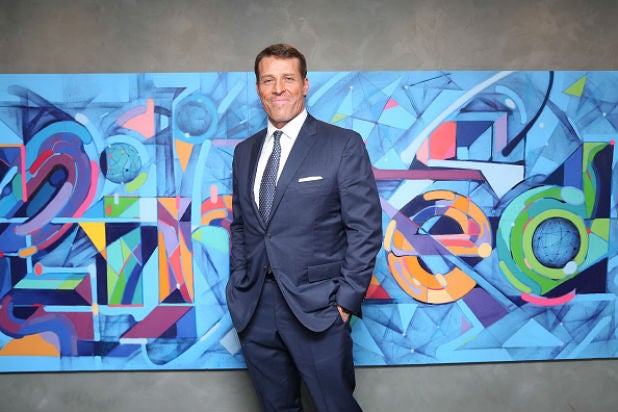 Netflix will premiere the Joe Berlinger documentary “Tony Robbins: I Am Not Your Guru” exclusively to members worldwide on July 15.

Berlinger, who created such acclaimed documentaries as “Metallica: Some Kind of Monster,” and the “Paradise Lost” trilogy, goes inside the life of world-renowned life coach, business strategist and best-selling author Robbins at his mega annual seminar, Date With Destiny.

Annually more than 200,000 people attend one of Robbins’ programs, but once a year, 2,500 people from around the globe make the journey to Florida to attend his most intimate and intensive instruction.

Over six days and nights, Robbins pushes his conference participants past their limits into an examination of their true identity, core emotions, intimate relationships, and the driving force behind all their actions.

For the first time, Robbins allows a film crew to document not just the event itself, but also the intricate production of Robbins’ seminar, revealing an uncompromising daily regimen, his demanding standards of event production, the inner workings of his creative team and a portrait of the innermost personal experiences of the attendees.

“My goal in making this film was to share a profound experience that I myself underwent,” Berlinger said. “While the event itself may not be for everyone, I hope my approach will help audiences think about the nature of their own lives as they witness the transformations of the characters in the film.”

“Tony Robbins: I Am Not Your Guru” will have its official World Premiere at the South by Southwest Film Festival on March 14.