Joe Biden’s campaign has created an elaborate virtual island in Nintendo’s “Animal Crossing” video game as a way to recruit younger voters ahead of the Nov. 3 election.

Biden staffers were hard at work developing the intricate “Biden Island,” which became available to the public Oct. 16. It has everything the democratic presidential nominee says he adores, including a field office packed with a model train set and an ice cream shop.

“Animal Crossing” players can choose phrases to chat with one another in-game, and if a player walks up to Biden’s aviator-clad “Animal Crossing” avatar in-game to start a chat, he’ll reply with his campaign slogan — “No Malarkey!” 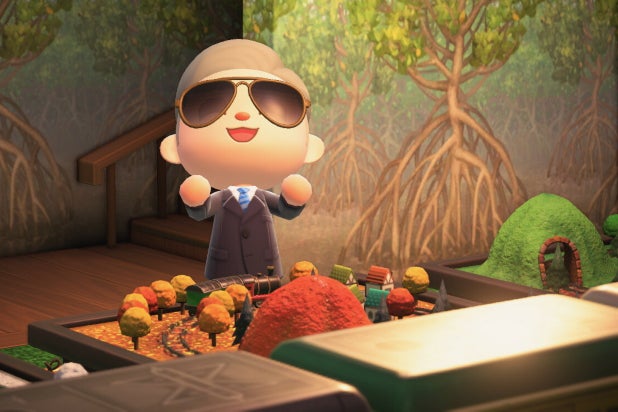 Biden Island was revealed on a live video stream of gaming podcast Kinda Funny Games, with host Greg Miller and Gary Whitta, who hosts his own virtual talk show with celebrity guests called “Animal Talking” on YouTube. Whitta’s past episodes have seen him touring the “Animal Crossing” islands of stars like Selena Gomez, Brie Larson, and Josh Gad.

While visitors can come and go from the island, whoever creates one can choose what type of animals the permanent residents are. Miller said on the live stream that “a lot of the residents on the island are dogs, Joe Biden loves dogs.”

Biden isn’t the first politician to make an “Animal Crossing: New Horizons” island — in early May Democratic Representative Alexandria Ocasio-Cortez joined the game and started visiting random supporters’ islands and offering them fruits (in the game, fruits are a part of the currency system, so fans were undeniably ecstatic when the Representative appeared with an offering of pears).

We've partnered with @JoeBiden's campaign to be the first to show off the official Biden Island in #AnimalCrossingNewHorizons, and we're doing it live Friday morning on https://t.co/tYCVQTyye0!#BidenHarris2020 #TomorrowIs16not15lol pic.twitter.com/Ew3iCjGTHy