President Biden has reacted to Derek Chauvin’s sentence for the murder of George Floyd, describing it as “appropriate.”

Reporters informed the president of the decision on Friday afternoon, asking for his thoughts on the former police officer’s 22-and-a-half-year sentence.

“Well, I don’t know all of the circumstances that are considered,” Biden began. “But it seems to me, under the guidelines, that seems appropriate.” 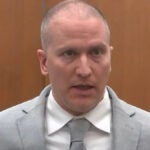 Earlier on Friday, Chauvin was sentenced to 22-and-a-half years in prison for the second-degree murder of Floyd in 2020. He was found guilty of that charge in April, in addition to third-degree murder and second-degree manslaughter. Sentences for the lesser charges have yet to be determined.

The sentence came one month after Chauvin’s legal team filed a petition for a new trial. His lawyer argued that issues such as Judge Cahill’s refusal to change venues, jury misconduct and the overall publicity surrounding the case deprived Chauvin of a fair trial.

Chauvin originally faced up to a 40-year sentence, but Minnesota sentencing guidelines suggested he’d likely be given less time due to his lack of criminal history.

Floyd’s May 2020 murder was captured in a cell phone video that later went viral, sparking protests worldwide. Chauvin, who is white, could be seen kneeling on Floyd’s neck for nearly 10 minutes during an arrest after Floyd allegedly used a counterfeit $20 bill at a convenience store. 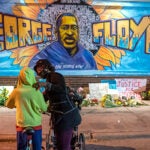