Appearing remotely via video on “The Tonight Show” Friday night, Joe Biden was his usual, chipper self while talking with Jimmy Fallon about topics ranging from the state of the country, his approval ratings, and how he’s tackling some of the bigger issues we’re facing.

But he also had some rather direct criticism of laws being passed in states controlled by Republicans that seek to limit, rather than expand voting: “What’s going on now, in about 30 states, is literally un-American.”

The comments came in response to Fallon asking “If we talk again, I check in this time next year, what do you hope we’re gonna be talking about.”

But “the other thing,” Biden continued, “I really hope that we’re going to be able to demonstrate that we’ve made worldwide progress on the environment. Because I think it’s a critical thing. And pray God, pray God we will have passed the John Lewis act and the Voting Rights act, because what’s going on now, in about 30 states, is literally un-American. It’s about trying to prevent people from voting, rather than allow them to vote.” 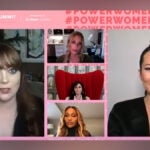 Also Read:
How to Be a Boss Even While Dealing With Negativity on Social Media (Video)

For the unfamiliar, what Biden is referring to here is a wave of voter suppression laws passed in states controlled by Republicans in the months since Donald Trump lost the 2020 election and then failed in his attempt to overturn the results and install himself as president anyway. Among other things, the laws restrict everything from vote-by-mail to ballot collection and even the hours voting can take place, and they’re often expressly motivated by the lie that the 2020 election was stolen from Donald Trump. Read more about them here.

The bills he referred to have been passed in the House of Representatives and are intended to address those issues; However, they’re unlike to become law because of the refusal of Senate Democrats to end the legislative filibuster.

“So there’s a full plate, but I think we can do it. I’m optimistic about the future, and I’m optimistic about this country. We are, as I told everybody, including everyone from the leader of China to Russia and everyone else, I don’t know anybody who wouldn’t trade places, world leader who wouldn’t trade places with my job versus theirs. Because we have more available to us, we have more capacity, we have more science, technology, and decency, I think than any country in the world,” Biden continued.”

“So I think the sky’s the limit on what we can do in the second quarter of the 21st century,” the President concluded.

You can watch other excerpts from Joe Biden’s “The Tonight Show” interview below: