Night 4 of the 2020 Democratic National Convention was a meat and potatoes kind of night, politically speaking. Joe Biden formally accepted the nomination as the party’s presidential candidate with an emotional, rousing speech that by all accounts has been pretty well-received. And in addition, the night saw an hour and a half of tributes to veterans, people of faith, American workers and other symbols of family, community and patriotism.

But the night also included some unexpected moments too, like an ultra-friendly Zoom conference round table between some of the biggest names who competed against Biden in the primary, some touching personal stories from people who know Biden, and delightful appearances by Julie Louis-Dreyfus and “Jane the Virgin” star Jamie Camil.

Read on for the highlights from the final night of the 2020 DNC. 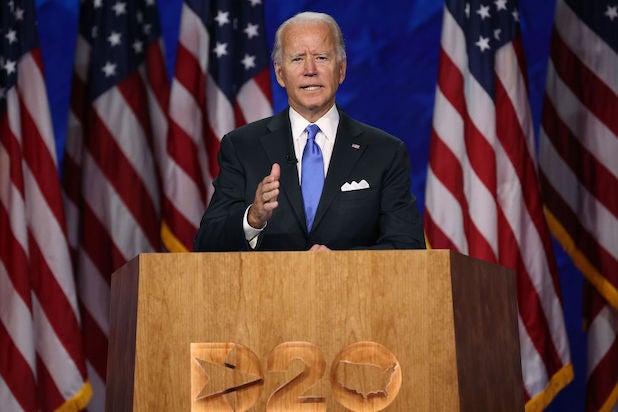 The Democratic nominee for president finally delivered a speech of his own, a 25-minute barn-burner advancing a compassionate vision for America in stark contrast to what Democrats argue is the country under Donald Trump. We won’t try and reprint the whole thing here, but some highlights:

“The current president has cloaked America in darkness for much too long. Too much anger. Too much fear. Too much division. Here and now, I give you my word: If you entrust me with the presidency, I will draw on the best of us, not the worst. I will be an ally of the light, not of the darkness.”

“America is at an inflection point. A time of real peril, but of extraordinary possibilities. We can choose the path of becoming angrier, less hopeful, and more divided. A path of shadow and suspicion. Or we can choose a different path, and together, take this chance to heal, to be reborn, to unite. A path of hope and light.”

“American history tells us that it’s been in our darkest moments that we’ve made our greatest progress, that we’ve found the light. And in this dark moment, I believe we’re poised to make great progress again. That we can find the light once more.”

Well, not exactly, but following a short video at the start, the “Veep” star showed up to introduce the proceedings with some heartfelt praise for the nominee, some criticism of the current White House dweller, and some pretty good jokes. But it wasn’t a one-off — Louis-Dreyfus effectively served as the event’s host, handling topical transitions, telling her own personal stories about Biden, and of course, dunking on Donald Trump again and again and again.

Here are some of her best jokes:

“If we all vote, there’s nothing Facebook, Fox News and Vladimir Putin can do to stop us.”

“Personally, I plan to follow the example of 6 current cabinet members, Vice President ‘Pounce,'” — a reference to the time Donald Trump mispronounced Vice President Mike Pence’s name — “and President Trump himself, and vote by mail.”

“OK, these last four nights have been going so well that we’ve decided to add a fifth night, where we will just play Michelle Obama’s speech on a loop.”

“You know when Donald Trump spoke at his inauguration about American carnage, I assumed that was something he was against, not a campaign promise.”

“Tonight, I couldn’t be prouder to be a loyal union member, a passionate climate activist and a patriotic Democrat, or as Donald Trump will call me in a tweet tomorrow, a washed-up, horse-face, no-talent has-been with low ratings. Well, with all due respect sir, it takes one to know one.”

After talking about how Biden made her cry after calling to comfort her following her cancer diagnosis, Louis-Dreyfus quipped: “Our current president has made me cry too, but it’s never anything to do with his warmth, or kindness.”

Like many people throughout the night, Louis-Dreyfus also heavily promoted the Biden campaign’s efforts to help people figure out their voting strategy amid the pandemic by texting “VOTE” to 30330. And each time, she dinged trump.

“An easy way to remember 30330 is that’s the year Donald Trump will finally release his tax returns.”

“30330, that would be the president’s golf score, if he didn’t cheat. Look, I’ll admit that was a little nasty, but we all know he’s a cheater. And I’m proud to be a nasty, nasty woman.” 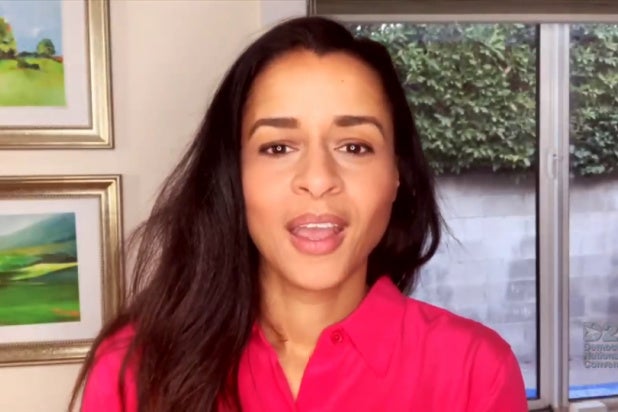 The popular TikTok comedian brought one of her Trump parody videos, this one mocking a Trump speech in which he baselessly claims that mail-in voting is rife with fraud (note, it isn’t). Afterward, she gave a short speech warning that “Trump doesn’t want any of us to vote, because he knows he can’t win fair and square,” and urged viewers to take advantage of 30330.

Fitting for a night filled with nods to military service personnel, the Illinois senator, who lost both of her legs in combat during the Iraq War, made an appearance to talk up Biden’s commitment to national defense and the troops, which she contrasted with what she said was Trump’s lack of “common sense and common decency.”

“Somehow, Donald Trump still doesn’t get that America should stand up for what’s right–stand tall for our troops–and stand strong against our enemies. But unlike Trump, Joe understands all of that,” Duckworth said in part. “As president, Joe Biden would never let tyrants manipulate him like a puppet on a string. Joe Biden would never threaten to use our military against peaceful Americans. Because unlike Trump, Joe Biden has common sense and common decency.”

“Donald Trump doesn’t deserve to call himself commander in chief for another four minutes–let alone another four years,” she added.

Despite the rather contentious year-and-a-half-long primary battle preceding the 2020 DNC, former candidates Elizabeth Warren, Pete Buttigieg, Amy Klobuchar, Bernie Sanders, Corey Booker, Andrew Yang and Beto O’Rourke, held a Zoom call to show that there are no hard feelings — and total unity behind Biden. Corny, sure, but politics isn’t about being cool and after how tense things got during the primary, it was plain nice to see.

Something that probably only became more well known since Biden entered the primary is that he has a speech disorder, a stutter that was apparently severe in his childhood and early adulthood but that he managed to overcome through hours spent reading poetry in front of mirrors. Since then, Biden has mentored children with speech disorders of their own, and one of them, Brayden Harris, spoke during the DNC in a video that we won’t spoil except to say the kid has a lot of courage. 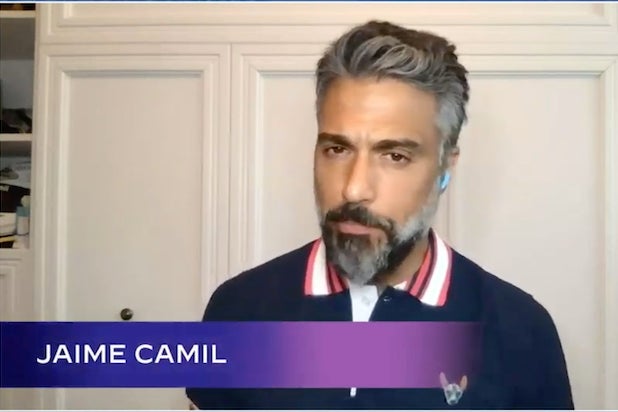 In what might need to become a political convention tradition, “Jane the Virgin” star Jamie Camil surprised viewers after Biden’s speech for an afterparty of sorts, in which he recapped the entire conference like it was a telenovela, or as he called it, “a Tele-Joe-Vela.” Wokka wokka, but he laughed.

Of course, he made sure to note that like any telenovela, it ended on a cliffhanger, namely the election itself. “Show up to vote on Nov. 3 to find out what happens next.”