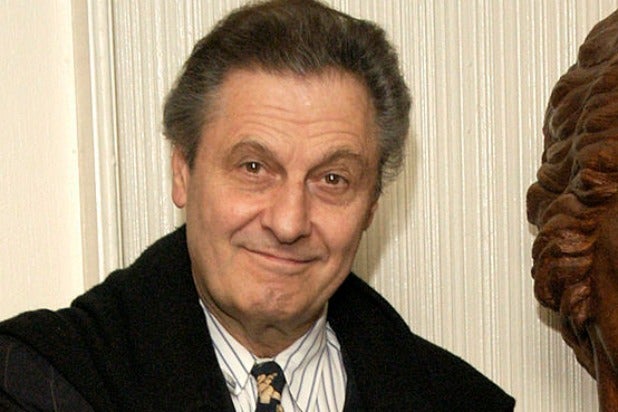 Joseph Bologna, the actor, director, playwright, and Oscar-nominated screenwriter, died Sunday morning after losing his battle with pancreatic cancer. He was 82.

His wife of 52 years, actress Renée Taylor, said in a statement that his team of doctors prolonged his life for the last six months during the cancer’s most aggressive stages.

“Dr. Vincent Chung and Dr. Stefanie Mooney of City of Hope gave him back a wonderful quality of life by creating a personalized treatment and palliative care plan, so that he could receive a Lifetime Achievement Award at the Night of 100 Stars on February 26, of this year, take a month-long trip to his favorite place, Italy, with his family in June, and attend the 35th Anniversary celebration of ‘My Favorite Year,’ on July 27th,” Taylor said.

He and Taylor wrote their first Broadway show, “Lovers and Other Strangers,” and went on to pen the screenplay for it, which earned them an Academy Award nomination. They wrote and starred in “Made for Each Other,” which won a Writer’s Guild Award, and co-wrote and co-directed “Love Is All There Is,” where they discovered and introduced Angelina Jolie.

As a team, Bologna and Taylor published 22 plays, many of which landed on Broadway, including “It Had to Be You,” “Bermuda Avenue Triangle” and “If You Ever Leave Me I’m Going With You,” which they also starred in.

On film, Bologna appeared with Michael Caine in “Blame It on Rio,” with Gene Wilder in “Woman in Red,” with Peter O’Toole in “My Favorite Year” and with Adam Sandler in “Big Daddy.”

On the small screen, he had guest appearances on shows such as “CSI,” “Arliss,” “L.A. Law” and “The Nanny,” where he once again worked alongside Taylor.

Bologna’s final project was the soon to be released “Tango Shalom” was a true family affair. He wrote and starred it in with Taylor (and their life-long family friend Lainie Kazan), his daughter Zizi was the music supervisor and his son Gabriel directed it.

Bologna and Taylor celebrated their 52nd wedding anniversary two days before his death. Their first wedding was courtesy of TV personality and media mogul Merv Griffin, who picked up the tab for the ceremony, which was shot on the sound stage of his popular variety show and aired in his regular time slot. Through the years, they renewed their wedding vows five times in a different religion every time.

The night Bologna passed, his longtime friend Dr. Roger Lerner visited him at City of Hope. As Bologna slipped in and out of consciousness, the doctor asked him if he was comfortable. Bologna answered, “No, but I make a living.”

That same night, Taylor sat at his bedside and, expecting him to say something funny, asked her husband, “Joe, what do you think is the meaning of life?” He said, simply, “Love.”