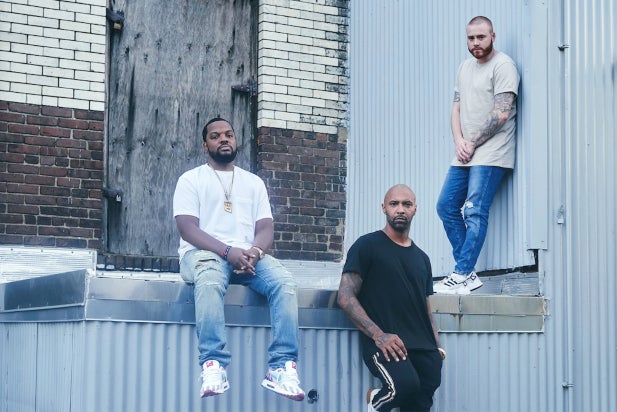 One of Spotify’s biggest exclusive podcast creators, retired rapper Joe Budden, is taking his talents to another network, though he hasn’t determined where just yet.

Budden said late Wednesday that his popular hip-hop and rap culture show, “The Joe Budden Podcast with Rory and Mal” will no longer be hosted on Spotify following Sept. 23, after which point he’ll broadcast on YouTube and could sign an exclusive deal with another platform.

“September 23rd, I cannot tell you where this podcast will be. But as it stands, I can tell you where it will not be, and that is Spotify,” Budden said in his most recent episode. “Please do not take this as a deterrent to Spotify. All that I’m telling you right now is that our views of where podcasting is taking us for the next five years are not aligned.”

Budden and his co-hosts, Jamil “Mal” Clay and Rory Farrell, claimed in the show’s episode released Aug. 26 that Spotify failed to properly compensate them despite bringing in large audience numbers. In one anecdote, the show hosts recounted Spotify refused to give them Christmas and New Years Eve off for vacation and offered to give them Rolex watches instead of traditional bonuses.

“That was the first time it dawned on me that Spotify is pillaging,” Budden said in the episode. “You pillage the audience from the podcast, and you’ve continued to pillage each step of the way without any regard for (fans).”

Budden also said on Twitter Wednesday that his decision to step away from the platform was not motivated by any disputes over a contract. He joined the Spotify platform exclusively in August 2018.

“If you think i was complaining about a contract then you missed it and this message wasn’t for you… my God is TOO good to me,” Budden tweeted.

“It was our desire to keep Joe Budden on Spotify. As Joe referenced on his show, we made him a considerable offer — one that was significantly larger and many times the value of the existing agreement and reflective of the current market and size of his audience,” Spotify said in a statement provided to TheWrap. “Unfortunately, we could not come to terms and we respect his wishes to find a new home for his show.”

Budden’s show was one of the few exclusive Spotify podcasts to not be monetized; Budden said in the recent episode that the network asked him to read ads but he declined.

“I am not going to succumb to any bad deal that is not working favorably toward the people who have created that path,” Budden said.

Fans appear to be reacting positively to Budden’s announced departure — and Budden is actively responding. Budden said in his recent episode that his loyal fan base that will follow him across platforms was one of the main reasons Spotify wanted to sign him exclusively. Some fans noted on Twitter Thursday they would switch podcast platforms once Budden determines where he’s hosting his exclusive show next.

“Spotify never cared about this podcast individually. Spotify only cared about our contribution to the platform,” Budden said.

I’ve had premium @Spotify since 2009 and it looks like after these seven @JoeBuddenPod episodes I’ll be switching to another platform. People say “y’all been paying for premium just to listen to @JoeBudden?” Nah. But I’m definitely leaving with him though. It’s the principle.