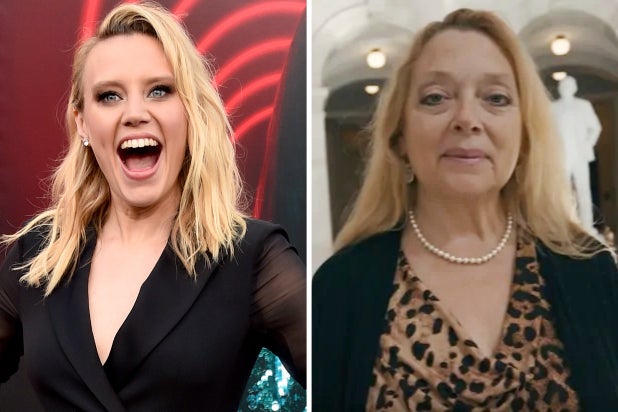 The limited series will roll out across NBC’s broadcast network, streaming service Peacock and cable channel USA. When asked by TheWrap if the rollout would be simultaneous, one company insider said there are currently “no further specifics” to be shared with regards to the strategy.

Based on the Wondery podcast of the same name, “Joe Exotic” is a limited series based on true events following Carole Baskin (McKinnon), a big cat enthusiast, who learns that when fellow exotic animal lover Joe “Exotic” Schreibvogel is breeding and using his big cats for profit, she sets out to shut down his venture, inciting a quickly escalating rivalry. But Carole has a checkered past of her own and when the claws come out, Joe will stop at nothing to expose what he sees as her hypocrisy. The results prove dangerous.

The role of Joe “Exotic” Schreibvogel has not yet been cast.

UCP is a division of Universal Studio Group

The McKinnon series has been in development since last fall. The “Tiger King” docuseries following Joe Exotic and his rivalry with Baskin became a smash hit for Netflix this spring, with viewership buoyed by stay-at-home orders due to the coronavirus pandemic.

In late March, PETA (People for the Ethical Treatment of Animals) preemptively urged McKinnon and NBCUniversal executives to use only CGI tigers in “Joe Exotic.”

Below is a copy of the letter sent to McKinnon, which was obtained exclusively by TheWrap.

Dear Kate,
Netflix’s Tiger King is calling critical attention to the abuse and neglect endured by big cats used for entertainment-progress that will be undone if real wild animals are used in your upcoming Joe Exotic series. While we don’t anticipate that a story about wild-animal abuse would feature real animals, who suffer when used for television, we do hope to hear right away that CGI or even existing footage will be used for the show instead of big cats and other wild animals.

Thank you for your time and prompt attention to this important matter. I hope you and yours are staying safe and healthy, and I look forward to hearing from you.

The efforts appear to have worked (or perhaps the parties’ concerns were always going to align).

“Joe Exotic” will use “CGI exotic animals in some form,” the insider told TheWrap, though the effort is still “early in the R&D phase.”