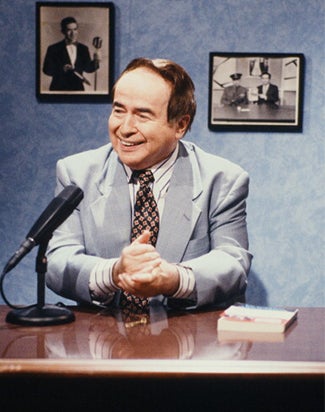 New York City radio and television personality Joe Franklin has died. He was 88.

Franklin was a fixture on late-night radio and TV in New York. Over the years, he worked at radio stations WJZ and WOR and more recently at the Bloomberg Radio Network.

“The last two weeks were the first time he ever missed a broadcast in over 60 years,” Garrin said.

Woody Allen, Dustin Hoffman, Barbra Streisand, Bill Cosby and Liza Minnelli were among the many showbiz types among the 300,000 guests Franklin interviewed, according to his official website.

Frequently parodied by Billy Crystal on “Saturday Night Live,” Franklin also played himself in such films as “Manhattan,” “Ghostbusters” and “Broadway Danny Rose.”

Born Joseph Fortgang in 1926, Franklin was a native of The Bronx, New York .