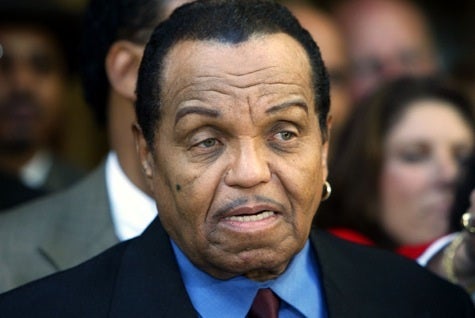 A judge on Friday afternoon granted Joe Jackson the right to see Michael Jackson’s UCLA Medical Center records from the day he died.

The singer’s father sought the records to pursue a pair of lawsuits surrounding the pop singer’s death last June, including separate invasion-of-privacy and wrongful-death suits.

The Jackson estate had filed to quash the release of the medical records, arguing that the request was irrelevant to Joe Jackson’s lawsuit against a news organization for publishing death photos immediately after the singer died.

Joe Jackson’s lawyer, Brian Oxman, told TheWrap he was pleased with the ruling.

"The judge obviously took a great deal of concern, and felt this was an important issue and treated it as such," Oxman said.

At that point, Oxman said, his team will have an emergency room physician review the records. "We then will make a determination as to what took place regarding his death and promptly proceed, if warranted, in starting legal proceedings," he said.

There were three grounds to the judge’s ruling: privacy, physician-patient privilege and relevance.

On the issue of privacy, Judge Mitchell L. Beckloff ruled that Michael Jackson’s right to privacy died with him.

Although doctor-patient privilege does survive a person, in this case Joe Jackson argued that there was no privilege because his son was dead when he arrived at UCLA; therefore no privileged communications took place. This is the reason the judge will review the documents in camera, to determine whether there was any communication between Michael Jackson and anyone at UCLA.

On the question of relevance, the issue is Joe Jackson’s intent to file a wrongful-death suit. He has standing for such a filing assuming he was "dependent" upon his son for financial support. The judge ruled that knowledge of the events of June 25 — the day Michael Jackson died — is relevant to such a cause.