Joe Rogan may have a fresh string of apologies and defenses (and some high-profile Spotify defections) in his recent wake, but that’s not stopping him — or his guests — from talking about COVID vaccines on “The Joe Rogan Experience.”

“Real Time” host Bill Maher stopped by the “Experience” for an episode that dropped Tuesday, and the like-minded TV hosts had no qualms about questioning pharmaceutical companies, the trustworthiness of the medical establishment in general and COVID vaccines — the kinds of things that got Rogan into hot water earlier this year. 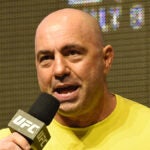 Also Read:
Joe Rogan Endorses the Deep State: ‘We Would Be Beyond F–ed’ Without It

“I don’t trust them to tell me the truth about what they put in there,” Maher said. “Or if it’s gonna be bad for me … my overarching theme about anything medical, is that … most people are giving us too much credit for where we are medically. [We’re] further along than where we used to be. We’re not putting wooden teeth into people … my point of view is we are still at the infancy of understanding how the human body works. So don’t tell me things like, ‘Just do what we say, don’t question it. When have we ever been wrong?’ A LOT,” Maher said.

“All the time!” responded Rogan.

Maher again mockingly took on the voice of a health expert: “‘We are perfectly certain that this vaccine is safe!’ You don’t f—— know that! … You don’t know what the interchange of all these elements is doing to me. So don’t have that attitude of, ‘Just get it in you, because we are the people who know.'”

Rogan ran with it, pointing out the “insane” profits that pharmaceutical companies reap from mass vaccines.

“And we’re supposed to pretend that they’ve been honest about the risks of things in the past?” Rogan said. “That Vioxx tragedy where they pitched that anti-inflammatory drug that killed like 50,000 people … .” 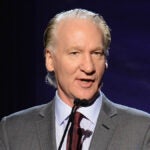 “They’ve taken hundreds of drugs off the market,” Maher said.

“All the time,” Rogan responded. “They do it every year.”

Rogan has weathered harsh backlash for the stance he and some of his guests have taken on COVID vaccines, most notably episodes with Drs. Peter McCullough and Robert Malone, both of whom questioned their safety and efficacy (Rogan has since apologized and pledged to be more even-handed).

But that wasn’t enough to stop artists like Neil Young and Joni Mitchell from pulling their catalogues off Spotify. The music streaming giant has stuck by Rogan, who at this point has strong natural immunity to criticism and all its variants.