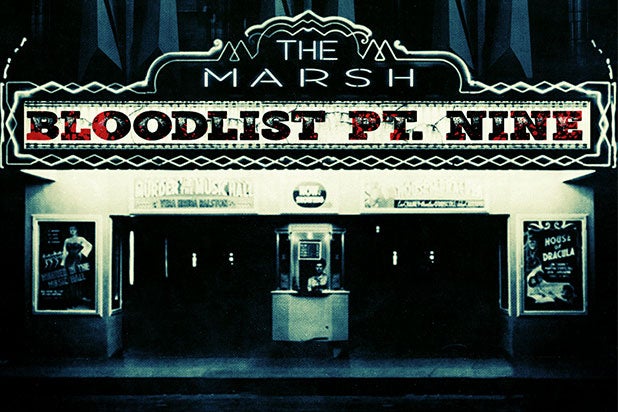 Joe Russo and Chris LaMont’s “The Red Pill” and “The Lodge,” a new script by “Goodnight Mommy” directors Veronika Franz and Severin Fiala, are among the projects included on horror genre guru Kailey Marsh’s 2017 BloodList of the most-liked screenplays and pilots in horror, thriller, dark comedy and sci-fi.

The ninth annual list, announced Wednesday and based on a survey of 67 industry executives, was topped by Logan Martin’s “Meat,” about a “misanthropic man” who “notices bizarre changes in himself, his wife, and the animals inhabiting the territory around their homestead as they attempt to survive self-imposed isolation.”

Other script titles include “Nightlight,” “Till Death,” “His House” and “The Swallow.”

This is also the second year of #FreshBloodSelects, which sheds light on new writers and scripts in Hollywood. There were 497 submissions.

The #FreshBloodSelects includes “Break” by Eli Black and “Killing Time” by Jose Prendes.

Marsh is a rising manager-producer who compiles the BloodList each year and has seen its profile soar over the last years.

Screenplays previously featured on the BloodList include “Arrival,” “Autopsy of Jane Doe,” “The Shallows,” “Leatherface” and “The Boy Next Door,” which starred Jennifer Lopez. According to Marsh, 31 of 134 scripts that have appeared on previous BloodLists have gotten produced.

Check out this year’s BloodList here.