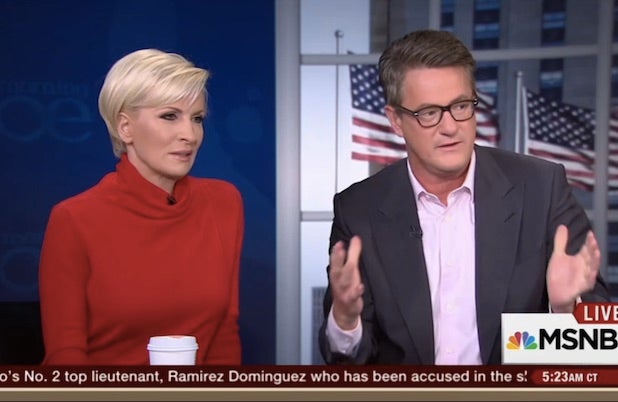 “I’m sure I’ll get in trouble for saying this, but John Harwood opening up by making a clown reference to Donald Trump and then saying you have as much chance as flapping your wings and flying away…” he continued.

Scarborough railed at the treatment Republicans continue to receive from debate moderators.

“How much longer are we Republicans going to have to listen to debate moderators, whether they’re on Fox or on CNBC, which are supposed to be conservative outlets?” he said.

The Morning Joe host concluded, “It was just a terrible debate, one of the worst.”

In response to the Republican National Committee criticism of CNBC’s debate, Brian Steel, CNBC’s senior vice president for public relations, released a statement saying he stood by the moderators’ performance.

“People who want to be president of the United States should be able to answer tough questions,” Steel said late Wednesday night.