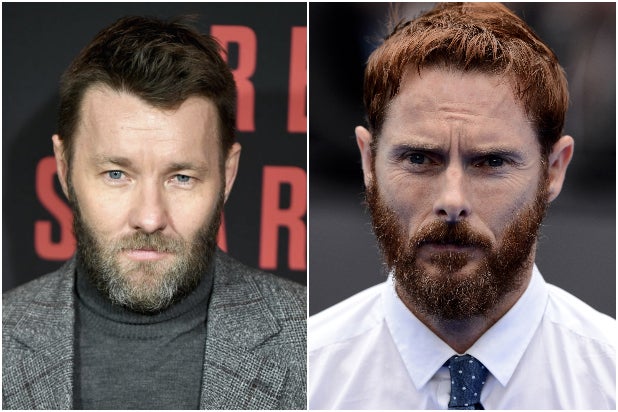 Joel Edgerton and Sean Harris are set to star in an Australian crime drama called “The Unknown Man” from writer and director Thomas M. Wright and from the production company behind “Lion,” See-Saw Films.

The project was announced Friday at the European Film Market at the Berlinale Film Festival, where Rocket Science and See-Saw’s in-house sales arm Cross City Films will be launching the film to buyers. CAA Media Finance are acting as financing agent and are co-representing sales in the US, and See-Saw Films is producing with Anonymous Content.

“The Unknown Man” is based on an incredible real-life Australian sting operation. Two men who meet on a plane strike up a conversation that turns into friendship. For Henry Teague (Harris), worn down by a lifetime of physical labor and crime, this is a dream come true. His new friend Mark (Edgerton) becomes his savior and ally. What Henry doesn’t know is that Mark is a seasoned undercover officer – working to convict Henry for an unsolved murder committed years prior.

“Already lauded as a director with a distinctive voice, Thomas has written a unique and exceptional script to highlight the incredible story behind how a shocking crime was ultimately solved,” Sherman, Canning and Gardner said in a statement. “Joel has been an ardent supporter since the start and alongside Sean will no doubt bring a level of integrity and gravitas to the fascinating story and relationship between two very different men.”

“I am entirely thrilled by the screenplay that Thomas has written and his approach to bringing the story to life. As an actor, I know I will have an incredible experience working with him, and as a producer I am honoured to be partnering with a filmmaker with such a brilliant future,” Edgerton said in a statement. “I also feel very privileged to continue my successful relationship with Anonymous Content and deepen ties with See-Saw Films as we all embark on this film together. It’s an incredible team behind this project that will support and harness the talent of Thomas M. Wright moving forward and I couldn’t be more excited.”

Simon Gillis, See-Saw’s COO of Film as well as Thorsten Schumacher and Lars Sylvest from Rocket Science will serve as executive producers.

Both Harris and Edgerton recently co-starred together in “The King” for Netflix. Wright’s debut film was “Acute Misfortune” from last year.