I didn’t get into”Mystery Science Theater 3000” (“MST3K”) during its original 1988-1999 run. Instead, I discovered it well after it went off the air, thanks to fans who digitized old VHS tapes and posted classic episodes like “Pod People” or “Werewolf” online. Technically illegal, yes. But the show’s various home video collections received very limited releases that quickly went out of print, and it was rarely (if ever) rerun on television. So for many of us, dubiously legal online videos were the only way to see it.

I admitted this to series-creator and original host Joel Hodgson while interviewing him for the show’s Netflix revival, which premiered on the streaming service on April 14. As it turned out, he was, surprisingly, okay with it. In fact, Hodgson believes that fans sharing the show online was partly what made the Netflix revival even possible.

“We told people to circulate the tapes,” Hodgson said. “We told people, maybe one of the reasons we’re here today, people kept making tapes and sending them and posting them when they weren’t available online.”

In a way, that’s a return to the show’s roots. “MST3K” began in public access, on a small station in Minnesota. It soon moved over to the Comedy Channel, which became Comedy Central, in the early 1990s before then moving over to the Sci-Fi Channel (now called SyFy) in 1997 for its final two years.

The show also has a simple premise: a man and his two robot friends watched bad movies and would make jokes about them — jokes that, whether topical or simply absurd, were accessible to people of all ages. It subsequently attracted a strong fanbase of people who loved comedy and bad movies, which unsurprisingly made “Mystery Science Theater 3000” exactly the kind of show fans would obsessively record on tape and pass around to their friends.

One of them was Jonah Ray, host and star of the “MST3K” revival, who grew up watching the show’s original incarnation and who, like Hodgson, credits the fans who uploaded videos online for keeping interest in it alive. But unlike Hodgson, Ray experienced the phenomenon of MST3K’s online resurrection first as part of the fandom.

Ray recalled a streaming channel that would just air old MST3K episodes. “Everyone was encouraging people to watch it at the same time together to comment,” he said, much to the delight of Hodgson who seemed surprised that events like this were happening online. “The internet truly embraced it and kept it alive, I believe.” 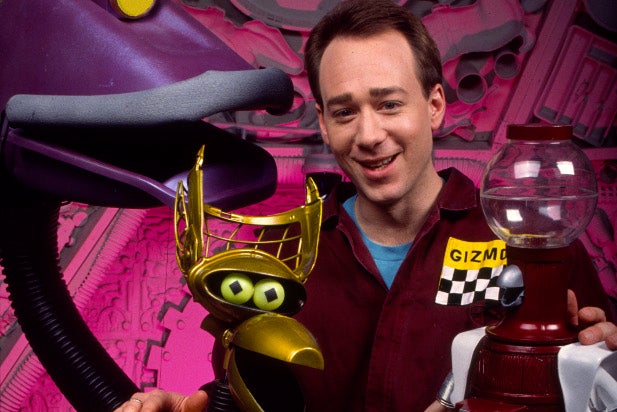 Ray, who had his own Comedy Central series “The Meltdown with Jonah and Kumail,” also suggests that the lack of interest by “MST3K’s” original network in promoting its legacy made those online videos necessary. “It is odd that there was no place,” Ray told TheWrap. “Comedy Central had this gigantic library of amazing comedy that they could’ve just rerun and they decided to show ‘Van Wilder’ again. It’s such a disappointment.”

Ray also had a ground eye view of how sharing the show online actually increased the size of its fandom, and remembers going to the reunion at a comic convention years ago, back before he could get into the events on his own. He had to lie to a security guard to get in, but when he sat down, he heard a lot of younger people talking about experiencing it for the first time.

But more importantly, that fandom managed to do something else – build an entire form of comedy by following “MST3K’s” lead. Video streamers and early YouTubers reeled it in, posting any episodes they could online and often creating movie riffing shows of their own. In term, the show’s title became a shibboleth in its own right.

“It’s become a genre of comedy,” Ray said. “I would always hear pitches ‘oh you show clips of these bad shows and you Mystery Science Theater them.’ It became a verb.”

But this much larger fanbase — along with a multitude of backers who funded the Kickstarter campaign that led to the Netflix revival — meant there was more pressure to get the show right, to remind people of the old seasons while also adapting to changing styles and sensibilities in 2017.

The writing process is mostly the same. A team of writers watches the movies solo, creates a bunch of jokes, and pitches them to the rest of the staff. Then they choose which jokes can go for each moment. The performers, like Ray, take part in the sessions so that they can put some of their character into the jokes. It’s not improvisation, like some seem to think, but it’s a method that tries to replicate the feeling of an improv session, to create a sense of spontaneity and surprise that shapes the core of the comedy.

“I’d say half the writing staff had never written on TV before,” Hodgson said. “And you want that, you want that perspective that’s fresh and unusual because that’s where the surprise comes from.

The show is different in some ways. For example it looks updated. The movies are now in widescreen and are screened in a much higher quality than in some early episodes, where the sound mixing could make it difficult to hear movie dialogue. The set is a bit more detailed. Most striking is the transitional sequence that occurs between sketches and movie sessions, which now features miniatures of the Satellite of Love, where the show takes place.

Ray said there was some trepidation among fans who saw the talent involved and worried it would become too political. Elliot Kalan, who wrote for “The Daily Show” for years, is the head writer on the revival. Actors like Patton Oswalt and Felicia Day are vocal online about their political views and people worried that they’d see a tonal shift.

But the show in Season 11 is just as absurd, nonsensical, and family friendly as many would remember it. There are a few political jokes scattered throughout — a passing one about police brutality appears in the first episode — but the point wasn’t to switch things up. It was to honor Hodgson’s original vision. As Hodgson himself said, the audience is just as much a part of the show as he is. The fun of MST3K is feeling like you’re watching a bad movie with your friends.

“I think the reason why it lasted for 30 years is we’re like companions with the people watching the movie,” Hodgson said. “You don’t want your companions to be assholes.”

“When you’re a viewer and you’re watching it, it’s almost like what you’re bringing to it rather than what I’m bringing to it,” he continued. “The audience is somehow more important to the process than I think in other shows.”