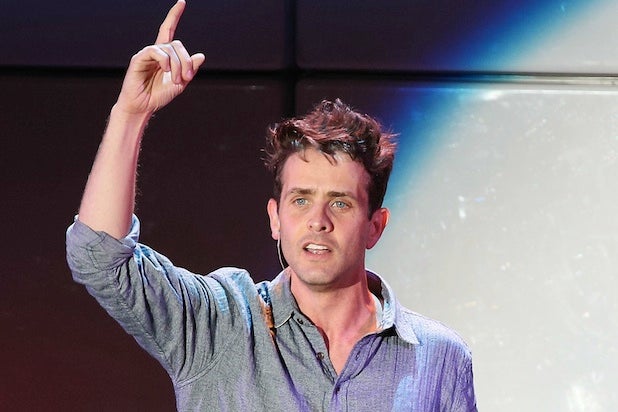 Maybe Joey McIntyre should start relying on Uber to get around.

The New Kids on the Block icon and actor has been hit with a lawsuit stemming from an alleged car accident that left a family injured.

According to the suit, filed this week, McIntyre plowed into a car carrying the Patel family in Burbank

“Defendant(s) so negligently, carelessly, recklessly and unlawfully drove, operated, entrusted, owned, and maintained their vehicle so as to cause it to collide with plaintiffs’ vehicle, thereby causing personal injuries and damages to plaintiffs,” the lawsuit reads. “As a result of defendants’ negligence, plaintiffs were required to undergo medical treatment, incurring medical expenses, suffering lost earnings, lost earning potential, property damage, loss of use, and suffering.”

Alleging property damage and personal injury, the Patels are suing for damages in excess of $25,000.

McIntyre stars in the upcoming CBS comedy “The McCarthys,” about a working-class, sports-obsessed family in Boston.