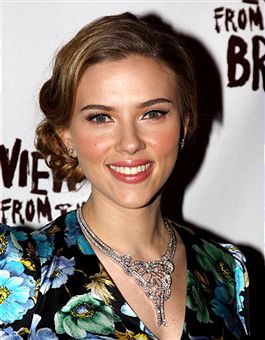 Thank God Stanley Kubrick was a pack rat who never disposed of anything.

The iconic filmmaker may have passed away in 1999 but according to Production Weekly, "Iron Man 2" stars Scarlett Johansson and Sam Rockwell have attached themselves to "Lunatic at Large," a "dark and surprising mystery" that Kubrick abandoned shortly after "Spartacus."

The period film concerns a group of strangers — one of whom has escaped from a nearby mental hospital. Who could it possibly be? Spoiler alert: Probably Rockwell or Johansson.

The film is based on a treatment by noir pulp novelist Jim Thompson ("The Killer Inside Me") who was commissioned by Kubrick in the late ’50s after working with the filmmaker on "The Killing" and "Paths of Glory." Kubrick intended to direct "Lunatic at Large" after "Spartacus" but the only copy of Stephen R. Clarke’s finished script was lost until 1999, when it was discovered in Kubrick’s vast library by the director’s son-in-law Philip Hobbs.

British commercial director Chris Palmer was attached to direct the film as of 2006, but now that Hollywood has its hands on the property, you can bet they’ll be looking for a more distinguished filmmaker who isn’t afraid to step into Kubrick’s intimidating shoes. And yes, everyone knows that Todd Field ("Little Children") is an excellent director who was, in fact, mentored by Kubrick, but this genre material may actually be beneath him (as an actress, Johansson certainly is), even though it seemed right up Martin Scorsese’s gothic alley last month with the similar-sounding "Shutter Island." 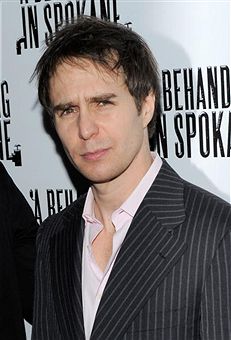 Regardless of who steps into the director’s chair, I’m always up for a good mystery, a genre that Hollywood indulges all too rarely. "Lunatic at Large" may not wind up as the classic it was destined to become as a Kubrick production, but so long as Rockwell takes the lead, it’ll be a movie worth watching.

While the "Moon" star was squeezed out of Oscar contention, I thought his fantastic dual performance in the otherwise overrated sci-fi indie was far more deserving of a nomination than Morgan Freeman’s turn as Nelson Mandela in "Invictus." The rest of his 2009 output was a mixed bag. The silly-looking "G-Force"  failed to recoup its $150 million production budget and "Gentlemen Broncos" was viewed by many as either a cult classic or a whimsical disaster. I happened to really like Kirk Jones’ critically-disparaged "Everybody’s Fine," although that was due more to Robert De Niro’s moving performance than Rockwell’s. He next appears in Tony Goldwyn’s drama "Betty Anne Waters" opposite Hilary Swank, and will shoot a segment for the anthology film "Untitled Comedy."

Meanwhile, Johansson has wisely stayed out of the Hollywood spotlight after appearing in back-to-back stinkers "The Spirit" and "He’s Just Not That Into You." The 25 year-old bombshell plays Black Widow in "Iron Man 2."