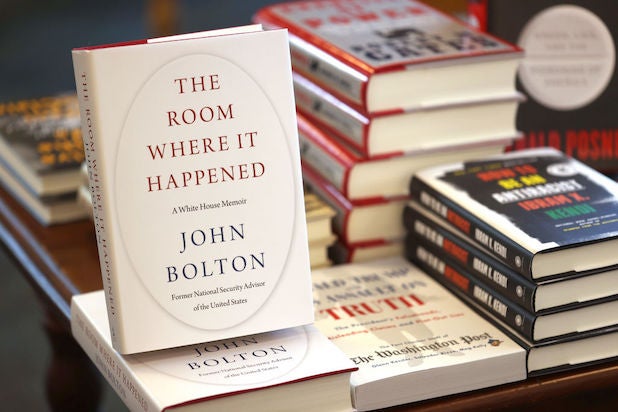 John Bolton’s memoir of his time as President Trump’s national security adviser has sold over 780,000 copies in its first week, according to Simon & Schuster.

“John Bolton’s ‘The Room Where It Happened’ has been the subject of intense interest since its announcement, and it is selling in extraordinary numbers across all editions and across the entire country. We expect it to be at the top of the bestseller lists in The United Kingdom, Australia, and Canada, as well as in the United States,” Simon & Schuster Publisher and CEO Jonathan Karp said on Wednesday. “The public clearly is fascinated in what Bolton has to say in this election year, and we expect the curiosity to continue.”

The 780,000 figure includes pre-orders, print and digital books, audiobooks and orders that have not yet been fulfilled due to demand. Simon & Schuster has also ordered an 11th printing of the book, which will bring the total number of printed hardcover copies to one million.

Bolton’s book was published on June 23 after facing a volley of litigation from the Trump administration and the Department of Justice, which sought to block the publication of the book over concerns that it contained classified information.

The former national security adviser’s memoir joins a number of other books written by current and former Trump administration officials, including an anonymous senior official’s “A Warning,” which was published last November. At the time, the book broke preorder records at Hachette Book Group. Former FBI Director James Comey’s “A Higher Loyalty: Truth, Lies, and Leadership” sold more than 600,000 in its first week of sales in April 2018, the Wall Street Journal reported.