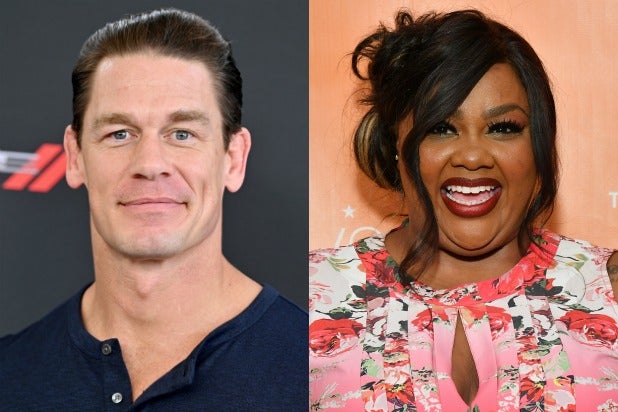 Soon, U can C John Cena, as he hosts TBS’ “Wipeout” revival alongside Nicole Byer. Hey, it seems to have worked for fellow WWE Superstar Mike “The Miz” Mizanin, who hosts the eerily similar “Cannonball” on USA Network.

Joining Cena and Byer will be “host in the field” Camille Kostek, who will cover the contestants’ progress through each round.

Below is the logline for the somewhat revamped format. It has a lot of exclamation points, so you can tell TBS is excited.

The re-imagined series will feature new twists and elements that will push contestants’ athleticism, approach, and determination to even greater extremes, all while delivering some wildly epic fails! Each game is three rounds with each round featuring a jaw-dropping, multi-stage obstacle course with numerous strategy and decision points designed to further challenge the stamina of the competitors and deliver even more hilarious and surprising wipeouts! And of course, the iconic staple of the show – the big balls! – are returning with a vengeance.

“I couldn’t be more excited for what’s in store for this radically absurd show that has its own fair share of legendary faceplants,” Cena, who is also an executive producer on the revival, said on Thursday. “The power of ‘Wipeout’ is its ability to gather people of all backgrounds for fast paced, physical FUN! I look forward to seeing fan responses both new and existing. This’ll be a hosting experience unlike anything I’ve ever done! I can’t wait to get started in rooting for our contestants!”

“Now more than ever we need a ton of fun and laughs,” Byer said, “and there’s nothing funnier than people falling over giant red balls. ‘Wipeout’ is truly insane, and I’m tickled to be a part of this beloved show’s comeback.”

“We couldn’t be more excited to have John, Nicole and Camille take charge of this outrageously unpredictable, family-friendly competition series, added Matt Kunitz, the creator of the original “Wipeout.” “Having a sports titan and movie star next to an Emmy-nominated comedy star, alongside a seasoned co-host, they’ll complement one another with their own fantastic qualities and humor while livening the already extreme setting of ‘Wipeout.'”

Watch some silly announce videos from Cena and Byer below.