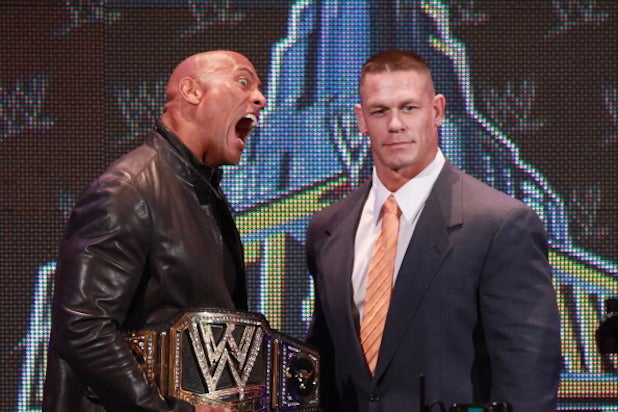 Six years ago, they faced off at Wrestlemania. Now John Cena and Dwayne “The Rock” Johnson will be a movie-making tag team in the upcoming Universal action-thriller, “The Janson Directive,” with Cena starring and Johnson executive producing through his Seven Bucks production banner.

Based on the novel by Jason Bourne writer Robert Ludlum, the film will star Cena as Paul Janson, a former Navy SEAL who left the world of covert ops after his commander betrayed him during the Vietnam War. Now working as a security consultant, he returns to his old world when he’s asked to save a Nobel Peace laureate being held hostage. When the hostage is killed, Janson is framed for the murder and must uncover a deep conspiracy while being the target of a directive demanding he be stopped at all costs.

The novel was released in 2002, a year after Ludlum’s death.

“I’ve known John for years, he’s so excited to play the role,” Johnson said in a social media post announcing Cena’s casting. “I’m excited for him and he’s very committed.”

Both wrestlers have released films this past month. Cena starred in Universal’s comedy “Blockers,” which has grossed $77.5 million worldwide against a $21 million budget. Johnson’s mega-budget film, “Rampage,” grossed $335 million worldwide with $106 million from China.