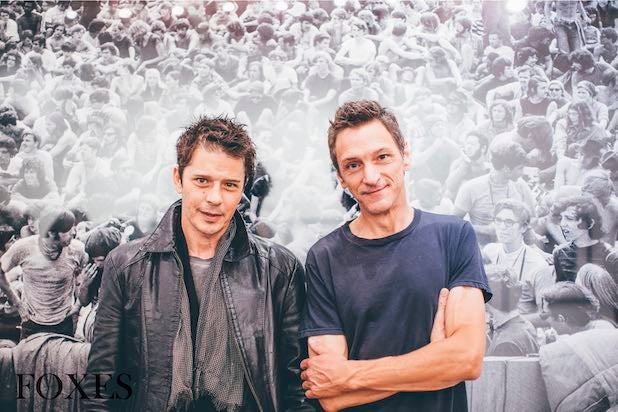 Oscar nominee John Hawkes’ musical talent is on full display in his band’s music video for “Down With Mary,” which is exclusively available to view on TheWrap.

The acoustic melody from Rodney & John — a band consisting of co-vocalist and guitarist Rodney Eastman, drummer Danny Thompson, violinist Korey Simeone and bassist Mike Lerman — was featured in 2016 drama “Too Late,” putting the tune written by Hawkes in contention for Best Original Song at the Oscars.

The band’s debut album will be arriving in early 2017, but it’s not the first time Eastman and Hawkes have released music. The longtime friends and collaborators met on the set of the 2000 drama “Sand,” and formed folk rock trio King Straggler, which released a self-titled LP in 2005 and toured extensively before disbanding.

Hawkes, who has been working in Hollywood as an actor since the mid ’80s, takes his music just as seriously as he does his work in front of the camera. When asked if the music is “just a hobby,” Hawkes said this: “Sure, it’s just a hobby, if you consider eating and drinking and breathing just hobbies too. It’s in just about the same category for me.”

Watch the music video for “Down With Mary” below.