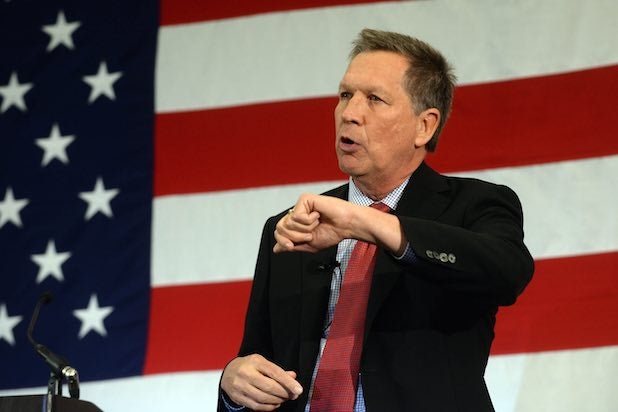 John Kasich is reportedly suspending his presidential campaign, leaving Donald Trump as the last man standing among the GOP contenders.

Kasich has been mathematically eliminated for weeks but reportedly hoped a contested convention could result in him being selected as the GOP nominee. He finishes with one state victory, in his home state of Ohio, and 153 delegates — less than Marco Rubio who ended his campaign in March.

Also Read: Donald Trump: Ted Cruz 'Is One Hell of a Competitor'

Kasich’s campaign failed to pick up legitimate momentum outside of Ohio despite the candidate’s extensive political resume. Just last night, the two-term Ohio Governor said he would remain in the race, but Trump’s call for the GOP to unify could have influenced his decision.

Kasich was expected to speak with reporters this morning at Washington Dulles International Airport before a full day of campaign events in the area. The events were canceled and a news conference has been scheduled for 5 p.m. ET in Columbus, Ohio.

Some in the media point to a lack of fundraising success as the reason that Kasich is throwing in the towel.

“This isn’t really surprising for Gov. Kasich. He doesn’t have any money,” Fox News host Bill O’Reilly said on “Outnumbered” as the news broke. O’Reilly explained that Kasich didn’t have enough funds stacked up to continue running a viable race.

It’s unclear if Kasich will endorse a different candidate during today’s news conference.