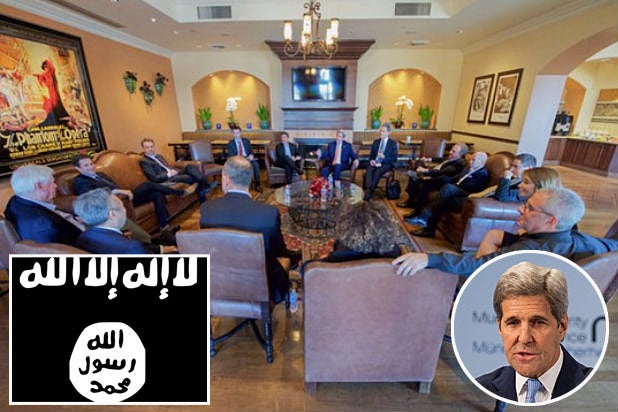 Secretary of State John Kerry met with nearly a dozen of Hollywood’s most powerful executives on Tuesday to discuss the state of American entertainment abroad, and how it might be used to combat terrorist narratives in global media.

Universal Pictures played host to the meeting, which was organized by Jeff Shell, filmed entertainment chairman and Broadcast Board of Governors chair.

“The idea was to give Kerry and the executives the forum to exchange ideas about how the ‘American brand’ is perceived around the world,” an individual familiar with the discussion told TheWrap. “They also focused on the state of the industry.”

“Good to hear their perspectives [and] ideas of how to counter Daesh narrative,” Kerry added on Twitter.

Daesh is yet another moniker for the Islamic State of Iraq and the Levant, which also counts popular shorthands ISIS and ISIL.

Kerry squeezed the meeting in en route to meet President Obama in Rancho Mirage, Ca., south of Los Angeles, where the men will participate in a summit with the Association of Southeast Asian Nations.