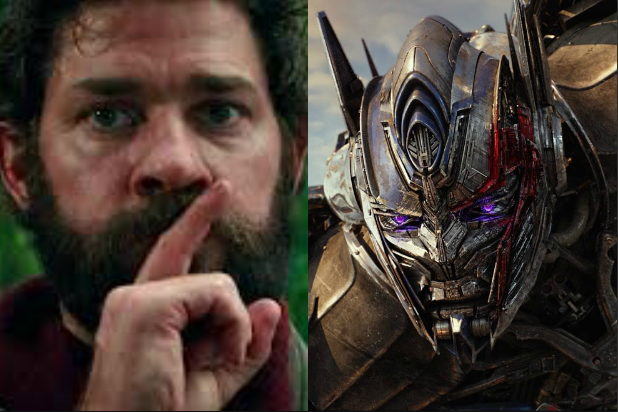 John Krasinski’s horror film “A Quiet Place” has become the breakout film of April, having now made more money in North America than the latest “Transformers” movie, “The Last Knight.”

Paramount’s “A Quiet Place” has taken back the No. 1 spot in its third weekend in theaters with a domestic box office total of over $132 million. With a production budget of just $17 million, it has shown endurance at the box office, holding its weekend-to-weekend drop-off to under 35 percent after opening to $50.2 million.

As we’ve previously written, Paramount had been struggling at the box office for over a year, with “The Last Knight” being the studio’s highest grossing film in 2017 but still struggling to make a profit with a $217 million budget before marketing.

While it won’t pass the global gross of the “Transformers” films with just $74.8 million grossed overseas so far, “A Quiet Place” is still on pace to gross more domestically than any Paramount film released since the start of 2016.