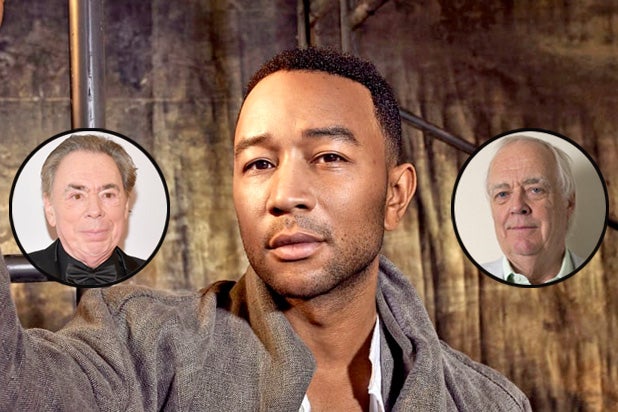 The trio clinched the “E” in the coveted EGOT title for Outstanding Variety Special (Live) for producing Fox’s live version of Lloyd Webber and Rice’s 1970 rock opera about Jesus’ final days, beating out other nominees including the Golden Globes and Oscars.

Legend won a Tony Award last year for co-producing the play, “Jitney,” an Oscar for his song, “Glory,” in 2014’s “Selma,” and, well, we don’t even have to explain his illustrious Grammy-gilded music career. He won Best New Artist back in 2005, his very first tread into EGOT territory.

Lloyd Webber and Rice, who wrote the music and lyrics for the original rock opera in 1970, have been at it much longer. The two won both a 1980 Tony and 1981 Grammy for cast recording for “Evita.” They also won a Best Original Song Oscar for “You Must Love Me,” a new song they wrote for the 1996 film adaptation starring Madonna.

However, Lloyd Webber actually won his first Oscar four years prior in 1993 for Best Original Song, “A Whole New World,” in Disney’s “Aladdin,” with lyrics by Alan Menken.

Legend not only co-produced the television special, but starred in it as Jesus — for which he received a nomination for Outstanding Lead Actor in a Limited Series or Movie. (That award will be handed out at the main Emmy Awards show on Sept. 17.)

Chrissy Teigen must be very happy.